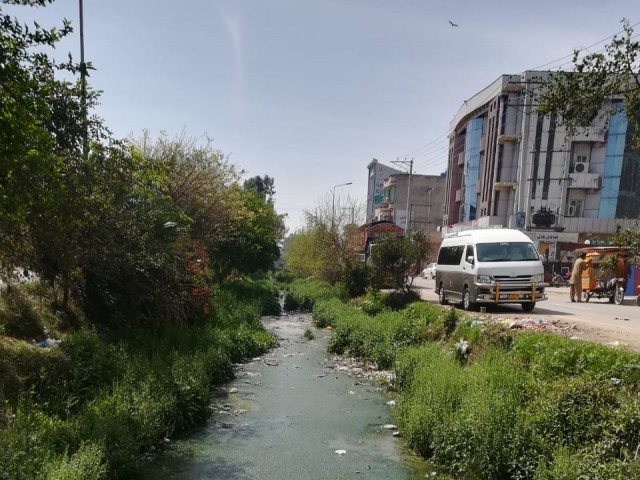 PESHAWAR: The WSSP, in collaboration with the Irrigation and Police departments, the district administration and the Peshawar Development Authority has decided to check pollution in canals .

Moreover, steps will be taken to check the dumping of solid wastes into canals.

These decisions were  taken during a meeting held in Peshawar with the Water and Sanitation Services Peshawar (WSSP) Chief Executive Officer Syed Zafar Ali Shah in the chair. General managers and zonal managers of the service participated in the meeting to review measures ahead of the impending monsoon season.

To control littering and dumping of waste on roads, in streets, drains, the WSSP has decided to seek approval from its board to raise a ‘Municipal Police Squad’ which will police this activity.

The force will identify all commercial sewerage lines which are emptying into the canals. Once identified, notices will be issued to owners of those buildings whose sewerage flows through those lines and they will be directed to stop throwing sewerage water in the canals.

Shah directed to prepare a list of all those industrial and commercial entities, including wedding halls, car wash centres and plazas which dump sewerage water in the canals and to take action against them under the Khyber-Pakhtunkhwa Canal and Drainage Act.

He also sought a report regarding all the neighbourhoods where waste was thrown into the canals, and to share it with the K-P Irrigation Department.

The WSSP chief also asked them to issue notices to the owners for diverting their lines away from the canals.

Shah asked the managers to direct municipal inspectors and supervisors to control the practice in their respective jurisdictions and warned them of strict disciplinary action for showing negligence in this regard.

Zonal managers were further tasked to measure the length of drains and canals in their zones and devise a cleanliness schedule.

“start an awareness campaign in neighbourhoods located along the banks of the canals apart from conducting a door-to-door waste collection campaign to sensitise the inhabitants of the dangers of polluting the canals,” he directed the managers.

He directed Planning, Monitoring, Evaluation and Reporting wing of WSSP to prepare a proposal for diverting the sewerage lines from the canals within a week.

Moreover, he said that PDA officials should also visit the Warsak Gravity Canal and review cleanliness measures taken. He directed the officials to take action against littering and throwing waste in the canal.

In this regard, he directed to set up a committee comprising of representatives of the WSSP, Irrigation and PDA to conduct a survey for diverting lines from canals.