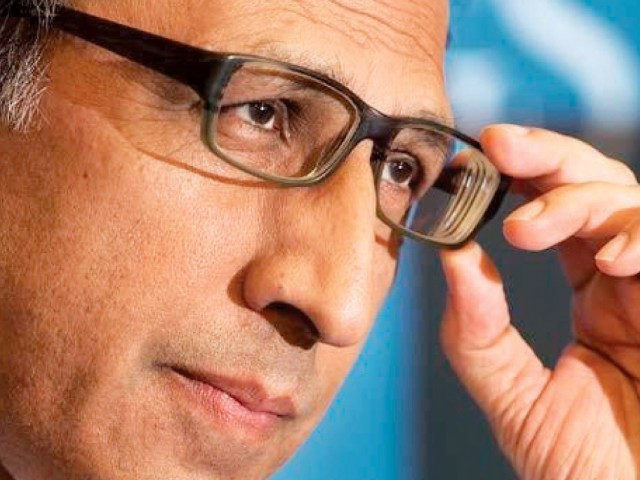 ISLAMABAD: The federal government on Wednesday approved Rs270 billion for settlement of circular debt and additional spending by various ministries and decided to discontinue Rs3 per unit electricity subsidy for local industries.

In addition, the ECC approved Rs35 billion in supplementary budget including Rs25.8 billion for defense.

Headed by Adviser to Prime Minister on Finance Dr Abdul Hafeez Shaikh, the ECC constituted a committee to decide about imposing a ban on export of wheat due to shortfall in the production of crop this year.

In a major decision, the ECC allowed settling the outstanding liabilities of the Prime Minister Industrial Package. Former premier Nawaz Sharif had approved Rs3 per unit subsidy for all industries including the exporters.

But the finance ministry was reluctant to book these liabilities in the budget that added Rs117 billion in circular debt. The government decided to settle Rs87.7 billion through non-cash adjustments against the foreign loans that it took and relent to power sector-related companies.

The Rs87 billion have been settled against Chashma nuclear power plants, Water and Power Development Authority (Wapda) and National Transmission and Dispatch Company (Ntdc). The Industrial Support Package (ISP) claims of K-Electric will be paid from the budget.

The Power Division briefed the ECC about cash and non-cash settlement for power sector, according to an official handout of the finance ministry. It added, the ECC resolved the issue of ISP by adjusting it against the loans receivable from power sector entities.

It formed a committee, comprising senior representatives from power and Finance & Economic Affairs Divisions to address the issue of ISP, according to the finance ministry.

The committee directed that the ISP claim of K-Electric amounting to approximately Rs30 billion may be looked into and solid recommendations be made.

Circular debt to be eliminated by end 2020, PM told

The ECC directed that the ISP subsidy of Rs3 per unit should be restricted to only exporters, according to the finance ministry officials. This would increase the cost of electricity for local industries.

The ECC also resolved the long-standing issue with regard to the payment of subsidized power supply to Azad Jammu and Kashmir (AJK) through cash and non-cash settlement with no financial impact on AJK.

The claims of AJK subsidy beyond June 30, 2019 will be dealt in accordance with the agreement of AJK government.

For future, the AJK government will get water usage charges equal to what is paid to the provincial governments of Punjab and Khyber Pakhtunkhwa.

The AJK was earlier getting only 15 paisa per unit charge. But the cost of electricity supply to AJK consumers will also go up from Rs4.50 per unit to the rate that is offered to the bulk consumers.

The corporate finance wing of the finance ministry played an important role in settling the AJK dues.

The ECC approved Rs35 billion worth in supplementary budget to meet additional financing needs of various government ministries. Out of this sum, Rs25.8 billion had given for defense spending in the outgoing fiscal year.

The committee sanctioned Rs893 million supplementary budget for office of Controller General of Accounts, Rs441 million for the department of Auditor General of Pakistan and Rs3.3 billion for National Highway Authority.

The body endorsed Rs25.8 billion for the defense budget and Rs7.1 million for Pakistan Rangers for clearance of outstanding bills of electricity.

In order to revive and strengthen the shipping sector of Pakistan, the ECC okayed in principle the proposal of Ministry of Maritime Affairs to provide tax relief on import of ships, according to the finance ministry handout.

However, the committee asked the Federal Minister for Maritime Affairs Ali Zaidi to improve performance of Pakistan National Shipping Corporation instead of claiming subsidies and avoiding competition with the private sector.