The Irania­ns could wait out the unpred­ictabl­e Donald Trump
By Hammad Sarfraz
Published: June 20, 2019
Tweet Email 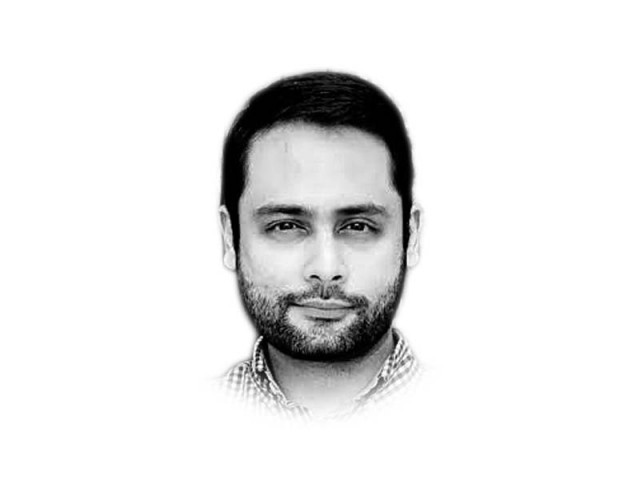 The writer teaches Journalism and International Affairs. He tweets @hammadsarfraz

It’s been a full year since US President Trump walked out of an agreement that limits Iran’s nuclear programme, but in the last few days tensions between the two countries have ramped up. Washington has blamed Tehran for attacking two tankers in the Gulf of Oman, which is right next to the Strait of Hormuz — a key oil and gas waterway. The incident comes a month after a similar attack on four tankers nearby, which the US claimed was also carried out by Tehran. The Americans have also released photographs showing a small boat removing a mine from the hull of one of the ships and it is the kind of small vessel that the Iranian Revolutionary Guard have been using in the region. In its reaction, the US government has dialed up its ‘maximum pressure’ campaign by announcing the deployment of about 1,000 additional troops, movement of warships and a Patriot missile defence battery to the region. All that said, neither Tehran nor Washington wants conflict at this point, but the possibility of miscalculating the other side’s intentions can trigger one.

On the other hand, global suspicion and confusion about Donald Trump’s Iran policy or its absence is also growing. The administration started with tough war rhetoric, followed by crippling sectoral sanctions and then the maximum pressure tactic was combined with a broad diplomatic opening where Trump was willing to talk to the Iranians. All of this tells us one thing; If the pressure is obvious, its motive is not clear and the constant shift in policy undermines the credibility of the US government’s allegations against Iran. It is safe to say that Trump is imagining all this pressure will lead to a new deal with Iran, while hawks in his cabinet like National Security Adviser John Bolton and Secretary of State Mike Pompeo are assuming the regime in Tehran would crumble under pressure like the Soviet Union. But whatever the assumption, the maximalist approach is not working because if it was, Iran would not threaten to break out from the constraints imposed by the Joint Comprehensive Plan of Action, nor would it indulge in proxy activities. In the accelerating drive to confront Iran, it seems that hawks like Bolton are willing to ignore the lessons from the 2003 misadventure in Iraq which, compared with the campaign against Iran, now looks like a much more planned maneuver. Taking the chance of war with Iran without allies and without any plan for what comes next is nothing less than an absolute disaster. The importance of Bolton’s arrival is that now you’ve an official in the middle of the policy making mix who has had the hardest record toward Iran in the mainstream foreign policy community. He definitely views Iran from a different point than his current boss in the White House. Where they differ is over the ultimate objective of the recent escalation. Trump is willing to woo Iran into détente in pursuit of JCPOA 2.0 or a new deal. For Bolton, it’s more than just a deal or even rhetoric. He seeks fundamental change in the way Tehran operates. He wants to replace the current regime in Iran with a democratic setup — an experiment that completely tanked in Iraq under his former boss George W Bush.

There is no doubt the draconian regimen of financial sanctions have raised the pain threshold for the Iranian government and they might even consider returning to negotiate a less advantageous deal. But this can be achieved without resorting to brinkmanship. Increased military and economic pressure can lead to two possible outcomes: The Iranians could wait out the unpredictable Donald Trump, who many believe might be a one-term president or react to his bipolar policies. The latter increases the chances of Iran becoming a nuclear state, which will trigger a regional arms race, adding a deadlier dimension to the already-combustible situation in the Middle East.

Zardari wonders who will come next if PTI govt ousted