Actor reiter­ates how she has change­d, amid spat with Sania Mirza
By Haddiqua Siddiqui
Published: June 19, 2019
Tweet Email 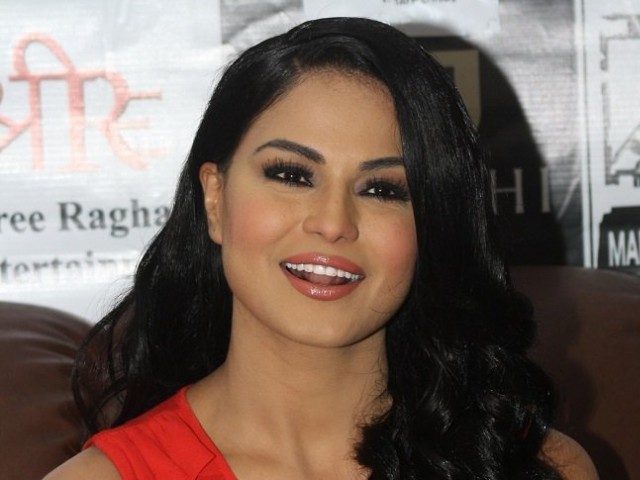 It seems like Veena Malik is on a Twitter rampage these days. Soon after her social media spat with Sania Mirza and Shoaib Malik, the Daal Mein Kuch Kaala Hai starlet took to the platform once again to reiterate how she has left her “controversial” past and the film industry behind to turn over a new leaf. Veena began by recalling how it has been nearly five years since she last starred in a film.

I'm not part of the film industry from almost 5 years or more.I went thrice to Kaabah cried and asked for forgiveness.I changed & evolved. The world has seen the transition as well. My dressing drastically changed from thongs to now how anyother Pakistani celebs dresses.

“I am not part of the film industry anymore, for almost five years or more,” she tweeted.

“I went to the Kaabah thrice and cried and asked for forgiveness. I have changed and evolved and the world has transitioned as well.”
The actor also highlighted how she has consciously changed her style of dressing towards more modest clothing.

“My wardrobe has drastically changed from thongs to now, how any other Pakistani celebrity dresses,” Veena said.

I've told 1000 times the cover of that magazine was morphed image.They think I'm an easy pick or character assassination is easy or they can bringup my past to shut me up & pull me down.Let me tell u that's nt happening I'll always bounce back.Our society needs to have acceptance

She then recalled the controversial Indian magazine cover that had gotten everyone talking back in the day. The image showed a topless Veena covering herself with just her bare arms. But once again, she defended herself saying that the photo was not real.

“I have said it a 1,000 times: the cover of that magazine was a morphed image,” she tweeted further.

“They [people] think I am an easy pick. Character assassination is easy. Or that they can bring up my past to shut me up and pull me down. But let me tell you, that’s not happening. I’ll always bounce back. Our society needs to have more acceptance.”

Please don't be hypocrites.Just because you think i'm controversial i'm wrong. No, I can be opinionated as any other human being and I can be right too. I am heartbroken and hurt. Leave the past behind and move forward.

Judging from her choice of words, she seemed quite upset. The Lollywood beauty asked Pakistanis to try and be more tolerant of others.

“Please don’t be such hypocrites,” she implored.

“Just because you think I am controversial doesn’t mean I am wrong. No. I can be as opinionated as any other human being and I can be right too. I am heartbroken and hurt. Please leave the past behind and move forward.”

While reporting a story it is mandatory to report it in a neautral and unbiased way. The story/report should be complete and not altered as per your convenience.

Perhaps Veena was responding to Sania or netizens trolling her over Twitter.

Either way, soon after, Veena shared some links to magazine articles reporting her tiff with the Indian tennis star and her Pakistani husband saying, “While reporting a story, it is mandatory to report it in a neutral and unbiased way. The story/report should be complete and not altered as per your convenience.”

Also your tweet shows that me being worried for my country and cricket team has triggered you so much. Thank you for opening up to the world and showing your true colors!
Much Love Veena Malik ✨

For the uninitiated, it all began when a video of Sania, Shoaib and the rest of the Pakistani cricket team enjoying a night out ahead of last Sunday’s match against India went viral. The troupe was seen at a sheesha café in Manchester, with the couple’s son Izhaan in tow. Veena called out Sania for taking her baby to the café, amid all the smoke, and she retaliated by asking the Pakistani actor to mind her own business.

Dearest Bhabhi,
Attacking someone personally and reaching new heights of being low will not take you anywhere.
Love,
Veena Malik. https://t.co/eaB1ua1ZPR

According to Veena, Sania had also posted a tweet citing the afore-mentioned controversial magazine cover as a personal attack but later deleted it.

Have some guts & don't delete ur tweets.Fortunately the technology has progressed so much that people can't deny their acts.Oh the magazine's cover u mentioned had morphed images.Also I can bringup all the controversies U have ever had bt I would rather not divert the discusion. pic.twitter.com/8qednFvEBz

“If I were you, I’d be more worried about your kids seeing the ‘not so decent’ magazine cover you have done,” the deleted post allegedly read.

“You know it could be hazardous, right? But thank you, Veena, for being worried. Truly means a lot.”