The common people have been yearni­ng for quick dispen­sing of justic­e for years
By Syed Akhtar Ali Shah
Published: June 19, 2019
Tweet Email 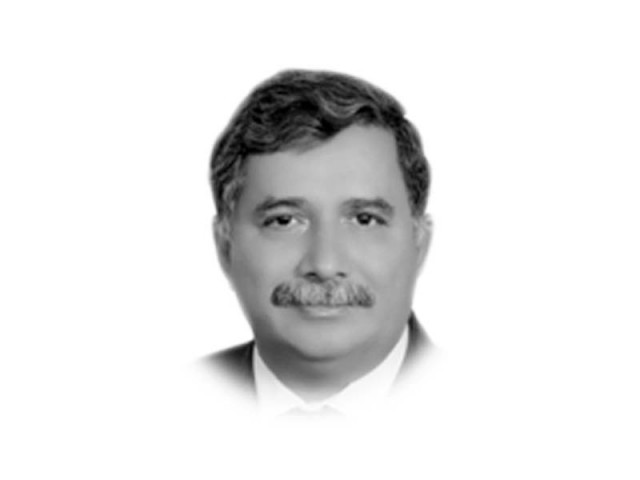 The writer is former civil servant and advocate High Court. He currently heads Good Governance Forum. He can be reached at aashah7@yahoo.com

The concept of justice — applicable to individual actions, laws, and public policies — has been the central theme of philosophers, reformers, statesmen and prophets. Classically, justice was counted as one of the four cardinal virtues and at times, the most important one as John Bordley Rawls termed it ‘the first virtue of social institutions’. Even kingdoms of the past are evaluated on the touchstone of justice as the famous saying of Hazrat Ali reminds us, “A state based on kufr (disbelief) can exist but an unjust state cannot survive for long.”

To many, Justice may have different meaning and connotations, but in the ordinary parlance, it means giving everyone his/her due. In a civilised society, enjoyment and protection of the rights is the hallmark of justice. With the enhanced consciousness of rights, justice has become the foremost feature of political systems, with the courts responsible for administering justice by the enforcement of rights. The constitution and statutes define the functioning of all functionaries and organs of the state. They derive authority from the law and are required to perform duties in accordance with the law, ensuring that the aggrieved get their rights without any delay.

The Constitution of Pakistan has bestowed the country’s superior courts with the power of judicial review of the decisions of the Executive in order to maintain social and political order. An aggrieved person has a right to ask for writ of the High Court or Supreme Court for the redressal of grievance. However, this prerogative has to be exercised sparingly if no other adequate and alternative remedy is available. Unfortunately, excessive use of the writ, without observing the touchstones as laid in Common Law and judgments of the Superior Courts, has become the order of the day. This has led to inefficiencies in the functioning of the courts.

The dictum ‘Justice delayed is justice denied’ is the core principle of the justice system. Unfortunately, hundreds of writ petitions remain pending on one pretext or the other. Countless, and often meaningless, adjournments have become the norm causing grief and a sense of alienation to the aggrieved parties. It takes years for the courts to pass judgments on writ petitions, let alone in cases of civil litigations.

The common people have been yearning for quick dispensing of justice for years. It was this realisation that prompted the Chief Justice of Pakistan, Justice Asif Saeed Khosa, to announce his resolve “to avail every moment of my remaining time on the Bench to attend to the causes that contribute towards delay in disposition of cases at all levels of the judicial hierarchy”. The honourable Chief Justice also made a declaration about being less visible on account of judicial activism and vowed to be engaged more in clearing up the pending backlog of cases. These pronouncements had indeed rekindled a new hope among thousands of aggrieved litigants passing through the agony of the delays. In the same vein, the Chief Justice had also announced the establishment of model courts in every district with the sole object of quick delivery of justice. Use of technology, linking the branch registries and with the Principal Seat, was indeed an innovation to hear arguments in real time with the explicit purpose of diminishing delays. It was a commendable attempt to reform the justice system.

However, despite lofty ideals and sincere endeavours, the reality is that in the Peshawar High Court alone, 35,761 cases are pending, as revealed by the court’s registrar in one of his news briefings. Many reasons can be cited for the delays but aggrieved parties are not interested in reasons. All they want is access to justice without inordinate delay. The irony is that even writs involving higher education are pending for quite a long time. Vice-chancellors hide behind stay orders, though granted with sole intention for a brief period. They take advantage of loopholes in the process of law, such as getting unnecessary adjournments, thus defeating the purpose of justice.

The Taliban were helped in their cause by the dysfunctional judicial system as they would justify their social outlook by referring to the sluggishness of the Anglo System and positing that inexpensive and prompt justice was only possible by replacing the present “rotten” system with Shariah-based judicial system that guarantees quick justice. Lofty pronouncements about reforming judicial system are commendable but people will only be convinced of true justice and develop proper trust in the existing justice system once writs are decided on merit and within a reasonable time frame. A lot of sincere hard work is needed by the judiciary to transform the present justice system. This requires a basic change in the paradigm. Instead of focusing its efforts on matters of popular appeal and transgressing on the powers of the executive, the judiciary needs to work on a single-point agenda. It should clean its own backyard and earn respect of the masses, by providing timely relief to the litigants, and not by striking the fear of the sword of Damocles i.e. the contempt of court.