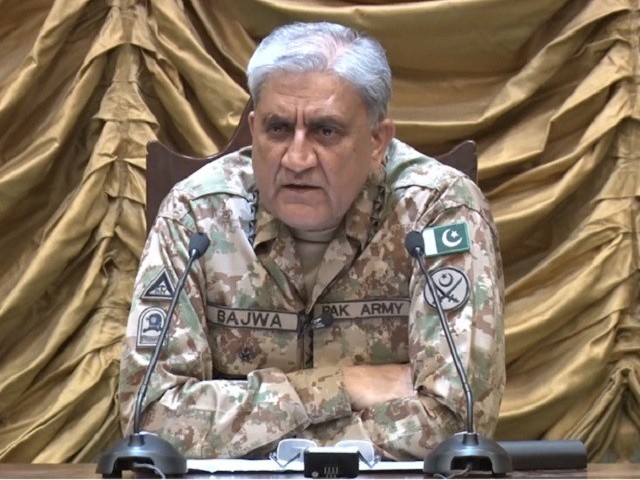 Chief of Army Staff (COAS) General Qamar Javed Bajwa has said that the armed forces of the country are committed to defend the motherland with the nation’s support.

He said this while addressing participants of the National Security and War Course at the National Defence University (NDU) in Islamabad on Tuesday, the Inter-Services Public Relations (ISPR) said in a statement.

Highlighting internal and external challenges to national security, the army chief said that the full spectrum of threat demands comprehensive national response and the Pakistan Army is fully engaged in enabling that response in coordination with other institutions of the state.

On Monday, the army chief reaffirmed the military’s support for the security of the China-Pakistan Economic Corridor, a flagship project of China’s Belt and Road Initiative (BRI).

The army chief made the remarks in his meeting with General Han Weighou, commander of China’s ground forces at the General Headquarters.