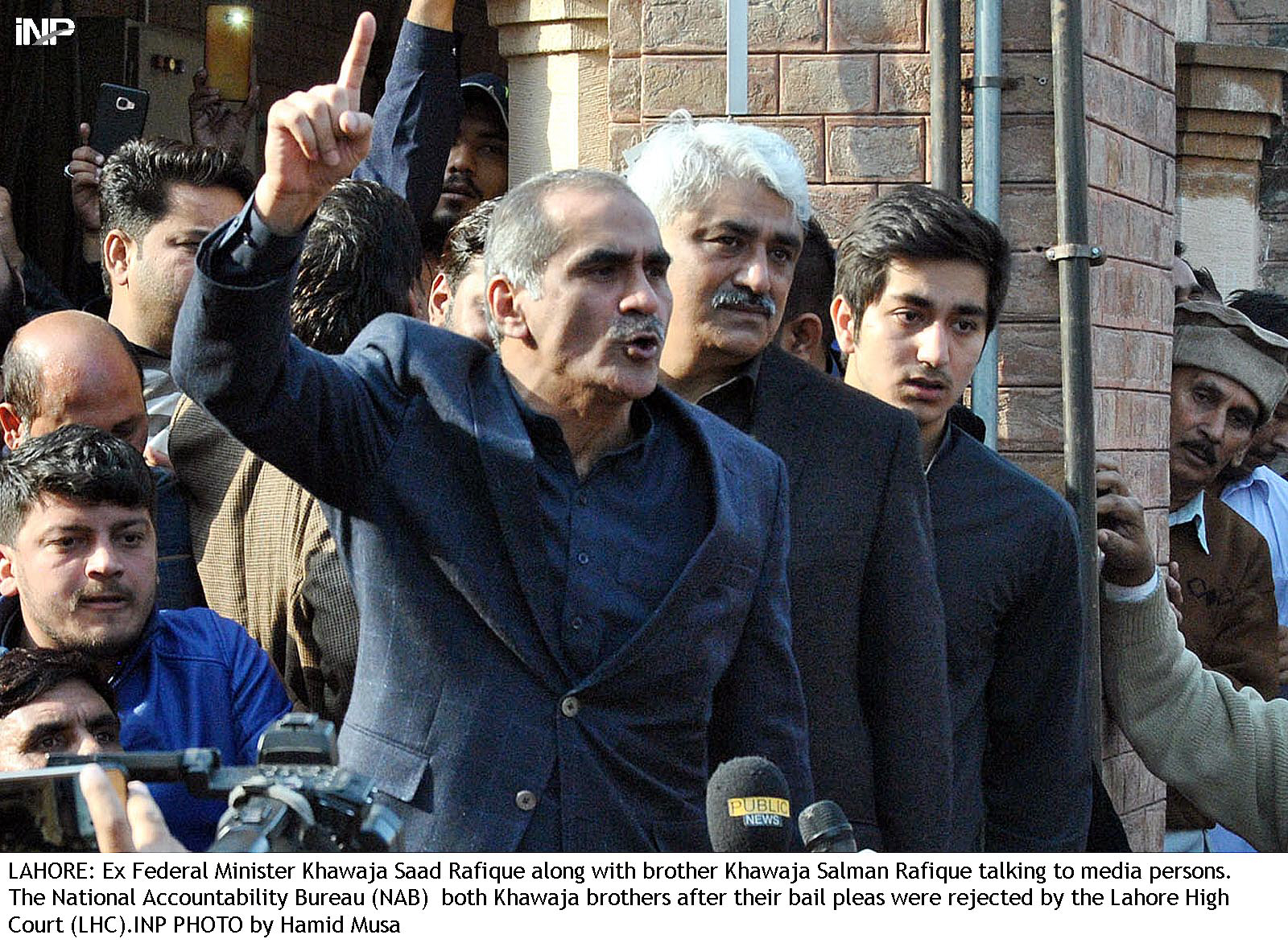 Khawaja brothers were arrested by NAB from the LHC premises on December 11 when the LHC rejected their request for an extension in their pre-arrest bail in the case.

NAB, while revealing grounds for their arrest, had stated that Saad, in connivance with his wife Ghazala Butt, brother Salman, Qaiser Amin Butt and Nadeem Zia, started a housing project named Air Avenue. Later on, it was changed into Paragon City Limited. Record showed that it was an illegal housing society.

The accused in connivance with Nadeem Zia and Qaiser Amin Butt defrauded large members of the society. They also embezzled the illegal housing society projects funds for personal gains. The accused were collecting heavy amounts despite clear directions from the Lahore Development Authority (LDA).