Can Imran Khan prevent the chaos?

Can Imran Khan prevent the chaos?

There is a feelin­g of uncert­ainty and despon­dency among people from all classe­s
By Kamran Yousaf
Published: June 17, 2019
Tweet Email 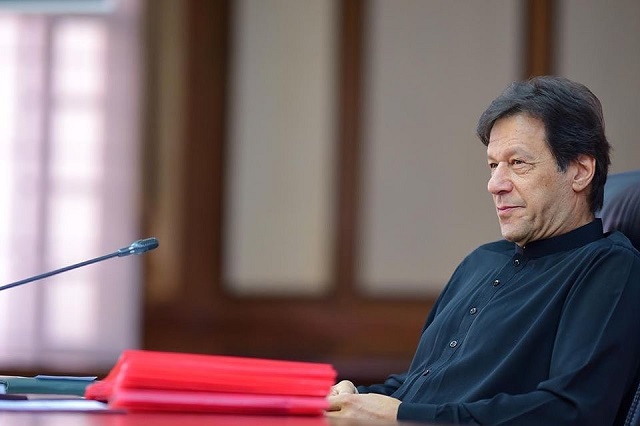 Despite being in the government for over 10 months, the Pakistan Tehreek-e-Insaf (PTI) is still struggling to put its act together to deal with multiple challenges. PTI supporters and voters would certainly not like it but fact remains that the current government has no direction. Many, when they first heard about the PM’s recent address to the nation, thought that Imran Khan would take the nation into confidence about the tough economic decisions his government had to take during the budget. But instead his speech offered nothing new except his decision to form an Inquiry Commission to look into the loans obtained by the PPP and the PML-N governments from 2008 to 2018.

For the first time, Imran also conceded that he had been under tremendous pressure because of the precarious economic situation. However, according to him, since the economy has been ‘stabilised’, he would now focus on the PTI’s main agenda to pursue the accountability of those who plundered the national wealth during the last 10 years. Interestingly, a day after his claim of the economy’s stabilisation, the rupee hit an all-time low against the dollar. The slide in fact continues and the de facto finance minister admitted that the government could not do much about the devaluation of the rupee since the rate is being determined by the market. However, the government is not sharing the full details of the IMF deal. Neither the finance minister nor any figure in the government has the courage to acknowledge publically that devaluation of the rupee is very much part of the understanding the government has reached with the IMF to obtain the bailout package. Contrary to the claims, the government has given an undertaking to the IMF about the devaluation of the rupee. The PTI government or its economic managers know exactly where the rupee would end up against the dollar by the end of this year. But they are not telling the truth.

While the economy is in dire straits, Imran and his party are celebrating the arrest of former president Asif Ali Zardari and his sister Faryal Talpur as vindication of their election agenda. Ironically, though Imran had said in an address that NAB was independent and had nothing to do with the government, the PTI, at the same, happily takes credit for Zardari’s arrest.

If the government completes its five-year term, will its performance be judged by the number of cases it filed against the opposition leaders? For its supporters, that may be the case. But in reality, progress or lack of it on economic and social reforms he promised during the election campaign would determine his legacy. So far, the government has done little except making tall claims. Even independent observers agree that this government has no sense of how to deal with the economic challenges. Given the current approach, the future scenario looks bleak. At a time when Pakistan needs consensus on some of the key economic, political and security challenges, polarisation is there for everyone to see. The ongoing budget session in the National Assembly gives a dismal picture of political stability.

There is feeling of uncertainty and despondency among people from all classes. Salaried persons are worried over the rising inflation, and businessmen and traders are concerned over the slump in the markets.

Can Imran Khan prevent the chaos? He at least seems confident that things would turn around for the positive in a matter of few months. But if the government’s performance over the last 10 months is any reference, turning things around would be nothing short of a miracle.

The fight against polio