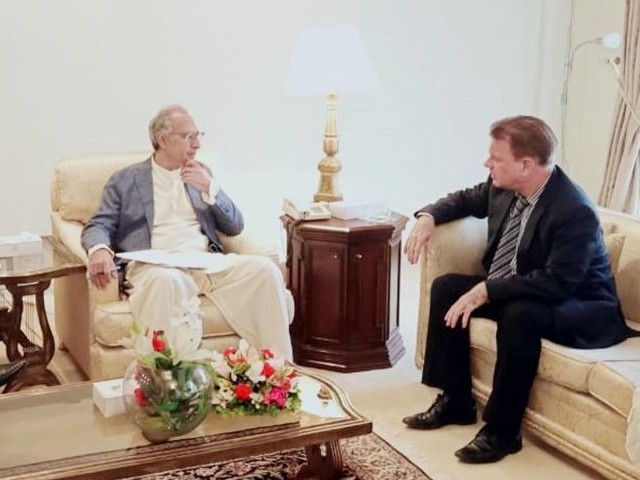 ISLAMABAD: Pakistan has sought a crisis response loan of $1 billion from the Asian Development Bank (ADB) to avoid defaulting on its external debt obligations that have been estimated at $10.4 billion in the new fiscal year.

Islamabad has formally requested the Manila-based lending agency to provide the loan through a Special-Policy Based Lending (SPBL) instrument, according to sources in the Ministry of Finance.

The SPBL is a crisis response facility offered by the ADB as part of its international rescue efforts to meet foreign payment obligations.

It is for the first time in Pakistan’s history that it will avail the SPBL facility to repay its foreign debt.

The SPBL is used to address external and internal payments crisis by providing large-scale support as part of an international rescue effort, which includes the International Monetary Fund (IMF) and the World Bank, according to the ADB’s definition of the facility.

The ADB’s Principal Public Management Specialist, Hiranya Mukhopadhyay, completed his visit to Pakistan on Saturday aimed at finalising the modalities of the $1 billion loan, according to the sources.

The SPBL loan is offered for a period of five to eight years and it attracts a minimum interest rate of the floating ‘London-Interbank Offered Rate plus 2%’.

The timing of the $1 billion loan approval by the ADB’s Board of Directors will depend on how quickly Pakistan shares the Memorandum of Economic and Financial Policies (MEFP) of the $6 billion IMF programme with the ADB.

Pakistan and the IMF had announced a staff-level agreement on May 11. Unlike the past, the ADB and the World Bank did not attend the programme negotiations as observers this time.

Pakistan has not shared the MEPF with the WB and the ADB and that will affect the fast-track approval of the emergency budgetary and balance of payment support by these two lenders.

The Executive Board of the IMF is expected to take up Pakistan’s request for the $6 billion loan on July 3. The MEFP can be shared with the other lenders only after the approval of the IMF’s Executive Board, according to Ministry of Finance officials.

There is a possibility that the ADB’s Board of Directors may approve the crisis loan either in the last week of October or in early November.

The ADB and the WB had suspended Pakistan’s budgetary support in 2017 after its macroeconomic conditions started deteriorating.

Adviser to the PM on Finance Abdul Hafeez Shaikh tweeted that the ADB would give $3.4 billion to the country in budgetary support.

“I had a meeting with ADB Director General Werner Liepach today [Saturday] to agree on the ADB programme. The ADB will provide $3.4 billion in budgetary support to help with reforms and stabilisation of the economy.”

He further said a sum of $2.2 billion would be released in the first quarter of this fiscal year. “It will help in improving the revenue and external account position,” he added.

The ADB Board of Directors is also expected to approve $500 million budgetary support loan in August under the $800 million Trade and Competitiveness Support Programme.

To meet the last remaining condition for qualifying for the $500 million loan, Prime Minister Imran Khan has approved presenting the e-commerce policy before the federal cabinet for its endorsement.

The director general told Shaikh that the bank is also keen to provide balance of payment financing to support Pakistan’s structural reform agenda. This budgetary support is estimated to be about $2 billion in the fiscal year 2020 and will broadly cover policy reform areas including trade competitiveness, energy sector and development of capital markets, according to a Ministry of Finance handout.

Pakistan is losing competitiveness in exports because of a growing concentration in goods with low sophistication and value addition, the ADB stated in a paper it has prepared in support of the $800 million Trade and Competitiveness Programme.

Pakistan is competing with lower-income countries exporting low-tech products at more competitive wage rates, and its share of high-tech products is less than 2% of the total exports, it added.

The ADB’s proposed loan is aimed at further reducing import tariffs and rationalising taxes. Most of these conditions have been met through the new budget.

For the fiscal year 2019-20, the Ministry of Finance has estimated the external debt repayments at $10.4 billion. The country’s foreign currency reserves have already slipped to $7.8 billion and nearly $2 billion payments are due in June alone.