Actor plays a Pakist­ani mother who comes to India under strang­e circum­stance­s and is unable to go back home
By Entertainment Desk
Published: June 15, 2019
Tweet Email 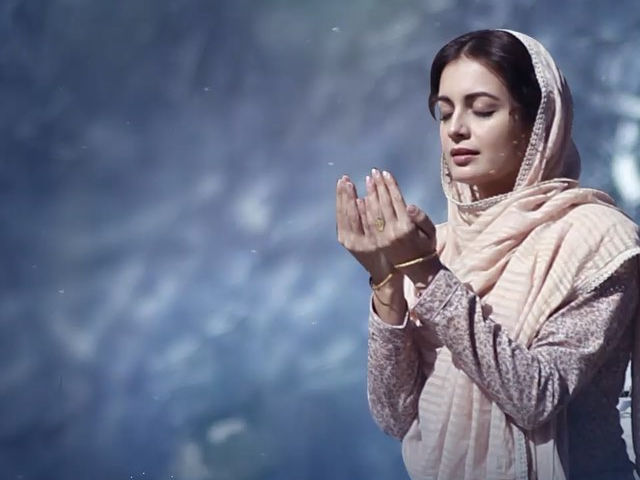 In her recent venture, Bollywood starlet Dia Mirza essays a young Pakistani mother who comes to India under strange circumstances and is unable to go back home.

The show revolves around the relationship between the woman, who is accused of militancy, and a journalist-turned-lawyer (Mohit Raina) who makes her justice his sole objective.

“Sometimes the strength of motherhood is greater than natural laws.” Kainaaz is a mother. #Kaafir #ComingSoon #BTS #MothersDay

She continued, “I feel really happy to be part of this show which talks about humanity and I hope that people will appreciate our effort. There is a problem all over the world that we see people from unfortunate lenses which include lenses of culture, country and caste and I feel these are very unfortunate ways to view humanity. We shouldn’t be prejudiced against people because of religion, caste or place that they belong to.”

Mirza added, “That is precisely what Kaafir addresses and I hope after watching this show, people will get their answers.”

As an actor, she said, getting to work on a show like this – a true story – is a “once in lifetime opportunity”.

Her second web series will be directed by Nikkhil Advani.

“It’s a historical drama and co-incidentally it is written by Bhavani Iyer who has also scripted Kaafir,” she said.