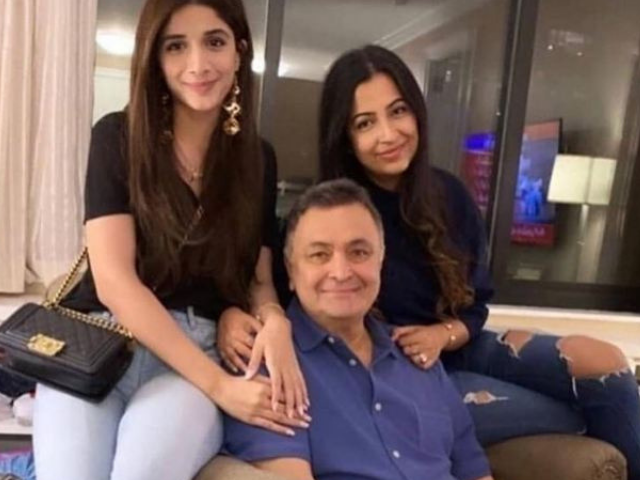 Mawra Hocane is vacationing in New York where she paid a visit to Bollywood actor, Rishi Kapoor with her friend Khadija.

Kapoor has been living in New York for several months now where he is undergoing medical treatment for cancer.

Replying to a fan who had asked him who the girls were, Kapoor tweeted, “She is the famous actor from Pakistan, Mawra Hocane (left) and her friend Khatija. Sweet of them to visit us”

She is the famous actor from Pakistan,Mawra Hocane (left) and her friend Khatija. Sweet of them to visit us https://t.co/YM1tztOyQ6

This, however, is not the first time that Hocane is meeting the Kapoors. In 2015, she dropped in at Neetu Kapoor’s birthday party in Mumbai to wish her.

Hocane made her Bollywood debut in 2016 with the movie Sanam Teri Kasam opposite Harshvardhan Rane.

The starlet has on many occasions expressed her fondness for the Amar Akbar Anthony star’s son and the Bollywood heartthrob, Ranbir Kapoor. She told IANS in an interview earlier, “On the top of my wish list is Ranbir Kapoor. I hope I can get a chance to work with him soon.”

She was also linked with the Rockstar actor during her Bollywood stint, which she cleared during an interview with Hindustan Times.