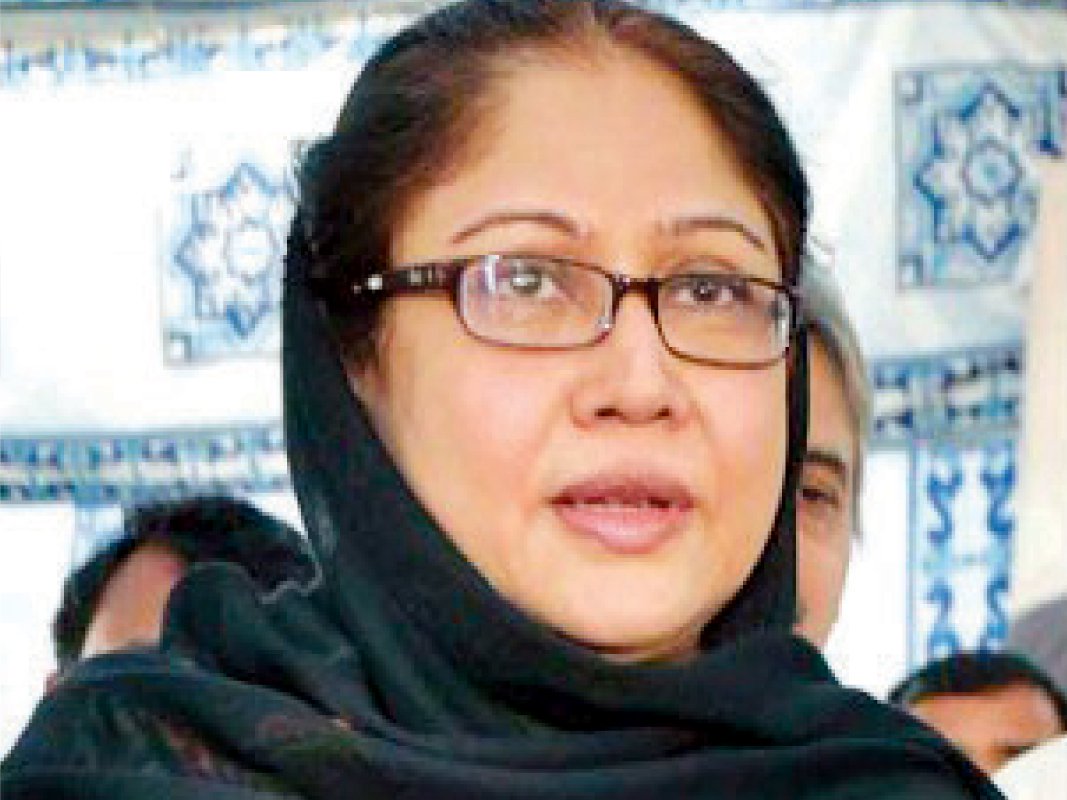 ISLAMABAD: Hours after arrest warrants for Pakistan Peoples Party (PPP) leader Faryal Talpur were issued, the National Accountability Bureau (NAB) officials declared her F8 residence in Islamabad as a sub-jail and placed her under house arrest.

The Sindh lawmaker is one of the main accused in the fake accounts case.

NAB Chairman Justice (retd) Javed Iqbal issued a notification notifying her house as sub-jail. NAB is expected to present Talpur before an accountability court on Saturday (today) to seek her physical remand.

Earlier on Monday, the Islamabad High Court (IHC) dismissed the pre-arrest bail petitions of PPP Co-chairman Asif Ali Zardari and Talpur. Zardari was then arrested by NAB officials from his Islamabad residence.

NAB is investigating the senior PPP leadership in pursuance of the Supreme Court’s verdict in the money laundering of billions through fake accounts case wherein it forwarded the joint investigation team (JIT) report with directions to investigate and file references.

On May 14, the anti-corruption unit furnished details of inquiries, investigations, and references in the fake accounts case. In the report, NAB listed down at least eight cases in which Zardari’s link had been established. It further added that 22 inquiries and three investigations are under way while three references have been filed.

Information regarding the fake accounts came to the fore when an intelligence agency picked up a prominent money changer in an unrelated case. In December 2015, the Federal Investigation Agency (FIA) began a discreet investigation into certain bank accounts through which multi-billion rupee transactions had been made.

The probe was initially shelved but resumed almost a year and a half later with FIA’s State Bank circle initiating a formal inquiry in January 2018. By June, the FIA had several high-profile names on its list but was unable to make headway for several reasons.

It was at this point that the Supreme Court intervened and the then chief justice Mian Saqib Nisar took suo motu notice of the ‘slow progress’ in the money-laundering case. In July, Zardari’s close aides Hussain Lawai, Taha Raza and two others were arrested. Subsequently, the first case was registered in the mega-corruption scandal.

The then chief justice ordered the formation of a joint investigation team to quicken the pace of the investigation.

Due to the high quantum of transactions, the JIT decided on a threshold of Rs10 million “to track, follow and minutely investigate the flow of funds beyond the immediate counterparties and determine the source of funds and ultimate beneficiaries”.