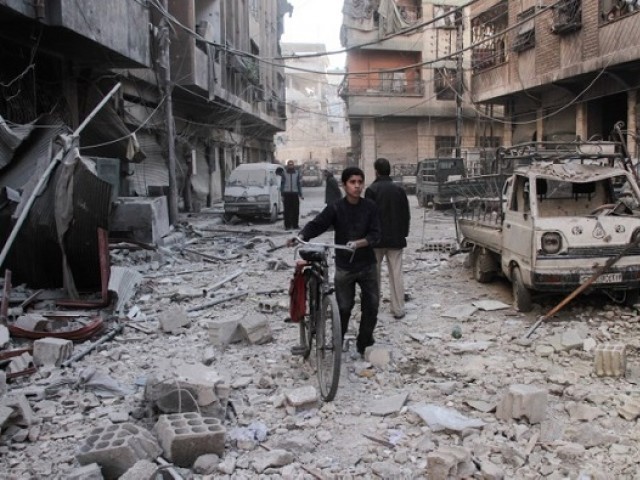 MOSCOW: Moscow has announced a ceasefire in Syria’s northwestern Idlib province after weeks of intensified rocket fire and air strikes by regime and Russian forces.

“At Russia’s initiative, with the mediation of Turkey and Russia, a ceasefire agreement was concluded in the Idlib de-escalation zone as of midnight on June 12,” the Russian Reconciliation Centre for Syria said in a statement late on Wednesday.

“As a result, a significant reduction has been observed in the number of bombardments by illegal groups,” said the centre, which is operated by Russia’s armed forces.

The Syrian Observatory for Human Rights, a Britain-based war monitor, said on Monday that 25 civilians including seven children had been killed in recent strikes, with more than 360 civilians killed since the end of April.

Syria’s war has killed more than 370,000 people and displaced millions since it started in 2011 with the repression of anti-government protests.

Russia launched a military intervention in support of President Bashar al-Assad’s regime in 2015, helping his forces to reclaim large parts of the country from opposition fighters and militants.