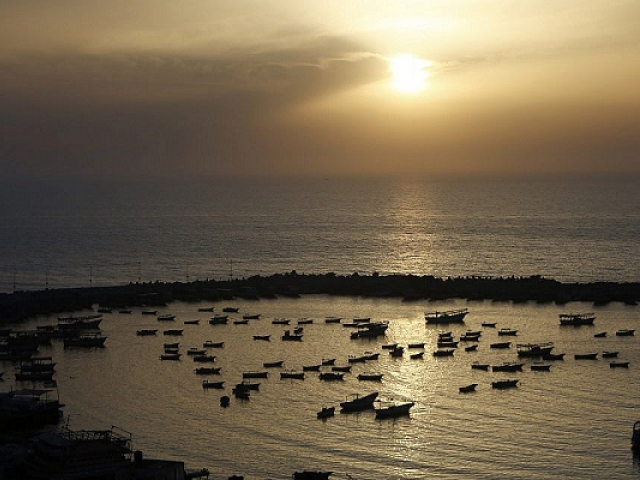 Israeli aircraft attacked a Hamas target in Gaza on Thursday after a Palestinian rocket strike, the Israeli military said, in the first serious cross-border flare-up since a surge in fighting last month.

The latest hostilities followed Israel’s closure of offshore waters to Gaza fisherman on Wednesday in what it said was a response to incendiary balloons launched across the frontier that caused fires in fields in southern Israel this week.

In a statement, the military said fighter planes attacked “underground infrastructure” in a compound belonging to the Hamas militant group that rules the Gaza Strip. There were no reports of injuries.

The military said it was responding to a rocket fired from Gaza overnight that was intercepted by the Iron Dome anti-missile system.

In two days of heavy fighting in early May, projectiles from Gaza killed four civilians in Israel, local health officials said, and Israeli strikes killed 21 Palestinians, over half of them civilians, according to Gaza health authorities.

A truce mediated by Egypt, Qatar and the United Nations ended that round of violence.

Some two million Palestinians live in Gaza, whose economy has suffered years of Israeli and Egyptian blockades as well as recent foreign aid cuts and sanctions by the Palestinian Authority, Hamas’s rival in the Israeli-occupied West Bank.

Israel says its blockade is necessary to stop arms reaching Hamas, with which it has fought three wars since the group seized control of Gaza in 2007, two years after Israel withdrew its settlers and troops from the small coastal enclave.