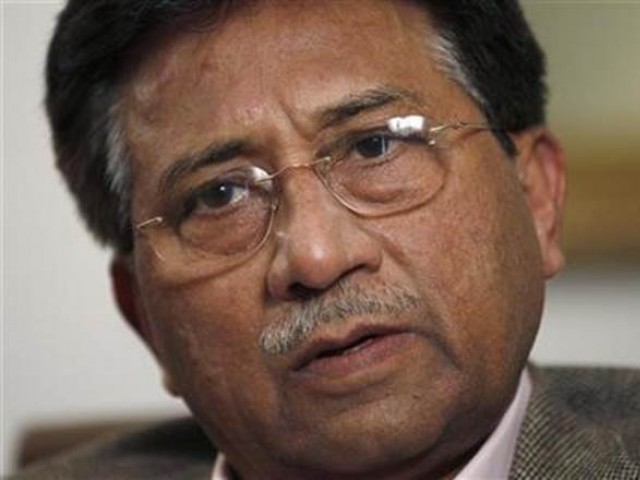 ISLAMABAD: The special court hearing a treason case against General (retd) Pervez Musharraf has decided to take proceedings forward and conclude the trial in the absence of the former army chief.

Musharraf currently resides in Dubai and has been unable to attend hearings in Pakistan as he is reportedly receiving medical treatment for a “rare disease”.

On Wednesday, a three-member bench headed by Justice Tahira Safdar observed that the court proceedings could no longer be halted due to the accused’s illness.

The court declared that Musharraf has lost the right to engage a counsel unless he surrenders.

“In view of the established principle that a trial could not be held in abeyance or could be adjourned for an indefinite period couple with findings of the Supreme Court, whereby it was held that the accused being fugitive from law, thus loses his right to audience, also lost to have an advocate appointed to defend him unless he surrenders himself before the court,” reads the written order.

“As decided by the Supreme Court, the learned counsel presently representing the accused neither could represent him nor could defend him [accused] with the exception the accused appears and surrenders himself before the court.”

The special court has directed the Ministry of Law and Justice to recommend a panel of advocates to defend the former army chief, in line with Section 9 of Criminal Law Special Court Act 1976.

“In the view of the described state of facts and in compliance of the decision given by Supreme Court for further proceedings of the trial a counsel is to be appointed to defend the accused as required by the Section 9 of the Act 1976. The Ministry of Law and Justice, Government of Pakistan, is directed to submit a panel of advocate for the purpose along with the package of fee to be paid to the advocate, so appointed to enable this court to further proceed with the case, as required.”

The decision came after the defence counsel said the former president and army chief was physically and mentally unfit to return to the country.

Maintaining that the former president was “underweight” and “fighting for his life”, Musharraf’s lawyer had requested for another exemption. “He is on a wheelchair and cannot walk,” he told the court.

The counsel said he was embarrassed to repeatedly seek adjournments but said Musharraf’s health had deteriorated sharply over recent months. He had requested for permission to record Musharraf’s statement via video link.

The court has now set June 27 as the next date of hearing.

Polls in erstwhile FATA pushed back to July 20