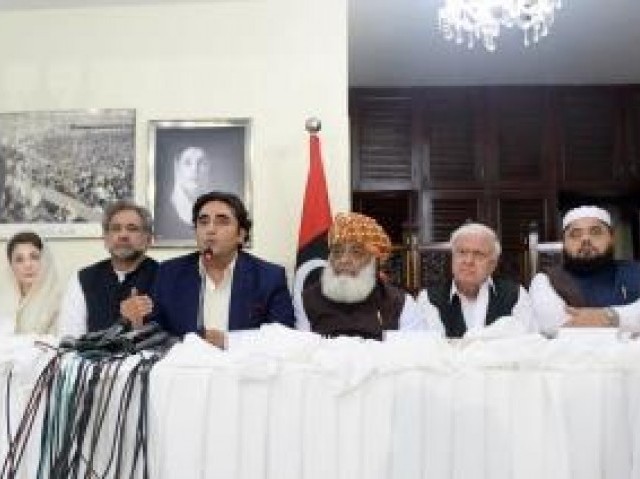 A cursory glance at the disturbing national scenario gives rise to several questions. Given the growing tensions and the multiple internal and external challenges the country is facing, is the government in a position to tackle these in an effective manner? Will the opposition parties by capitalising on the economic squeeze and weak governance be able to build up sufficient support among the masses to become a genuine threat for the government? How would a lawyers’ agitation unfold and what would be the response of the security establishment in this chaotic scenario if it were to develop?

In all fairness, the blame for the current economic crisis is not merely the result of present government’s policies but the cumulative impact of years of neglect by all the governments — civil and military, past and present. This government’s indecisiveness in the first nine months in taking hard decisions, foremost being whether to seek assistance from IMF or not, did slow down the economy further. It also overplayed the card of blaming the previous governments of indulging in corruption and mismanagement. It is indeed a paradox and should be a matter of serious concern that successive governments have relied on foreign assistance, aid and loans rather than look inwards and build a tax structure to sustain the national economy. It is encouraging that the PTI government is serious in building a solid tax structure and has placed reputed talent in the FBR and the Finance Ministry. However, it is to be seen how its policies and the IMF regime would be implemented as that has been the weakness of all the previous governments.

A country’s progress is dependent on the quality of education and how widespread literacy is among its people. In this regard, Pakistan’s successive regimes have miserably failed. Will the PTI government be any better? Its record in the health sector in K-P has been recognised as more widespread and effective. It is to be seen if its government in Punjab fares any better. The PML-N government contributed significantly to improving the country’s infrastructure. This effort should continue as it is a major factor in strengthening a nation’s economy and making it self-reliant.

In the past, the governments have relied heavily on leveraging Pakistan’s strategic location to seek economic assistance. In this, the military’s say in formulating national policy was a major factor. This had a serious downside. Whereas, it brought in foreign aid and gave the country certain importance but the spillover effects in terms of the flood of refugees, the spread of militancy and the foreign interference did incalculable, lasting damage.

The downside of neglecting the human and infrastructural side and relying on foreign assistance has come at a heavy price. It led to Pakistan getting involved in great power rivalry that had serious implications. Not only that, Pakistan now ranks among the lowest in human development among SAARC countries. Perhaps our leaders and even our people have become insensitive to where we stand in the world order of human development.

It was not economics alone that suffered. Pakistan’s politics has equally been a casualty. The United States and Western powers preferred dealing direct with military leadership even while civilian governments were in office, as they understood where the real power rested. Realising that military leadership plays a major role in influencing and formulation of foreign and security policies, foreign powers prefer referring and dealing with them directly. They had no qualms in dealing with military regimes so long as they were willing to accommodate great power policies. This obviously had its downside as democratic development suffered seriously and remains fragile even after a decade of continuity of civilian governments. What has been focused less on is that the policies the country adopted by this compromise have had their own ill effects.

India has consistently used the pretext of military dominance for not engaging seriously with Pakistan’s political leadership.

The political parties are to share blame as much for the current state of affairs. Their family orientation and lack of seriousness or mismanagement in addressing political, economic and foreign policy issues has prevented them from asserting their influence and lowered their importance in the eyes of the public. More significantly, it has thwarted political development at the national level.

Pakistan has suffered not only due to politics of patronage and weaknesses in political leadership but also due to lack of institutional balance and harmony. Adverse relations with India and Afghanistan and continuous pressure of the Americans have resulted in distorting clearly-defined constitutional boundaries of power.

This, however, was the past and we cannot change it but we can have a different future and that is the leadership’s foremost challenge. But considering the current political climate and watching the proceedings of parliament last Monday, I believe it would be false optimism to put so much trust in the rationality of our leaders. First, the level of antagonism and distrust that characterises our current political discourse accompanied by the threat of mass movements, any cooperative approach would be highly unrealistic. Imran Khan’s continuous assault on political opponents has widened the gulf between the government and the opposition. His intense disdain for the opposition leaders has hurt him and the functioning of the government and parliament more than it has harmed the opposition. It is the job of the National Accountability Bureau and the judiciary to deal with cases of corruption and not of the Prime Minister or his cabinet members. The belt-tightening that the country is experiencing is an inescapable requirement to overcome the economic crisis. It also simultaneously provides a convenient reason for opposition parties to agitate the public against the government. So the government on the one hand has to comply with the strict prescription of the IMF and on the other to ensure that the masses are not led away into an agitation as economic and financial pressures mount on the poor and lower middle class. It is a Herculean challenge to navigate through this muddle but we have to succeed otherwise history would keep repeating itself.