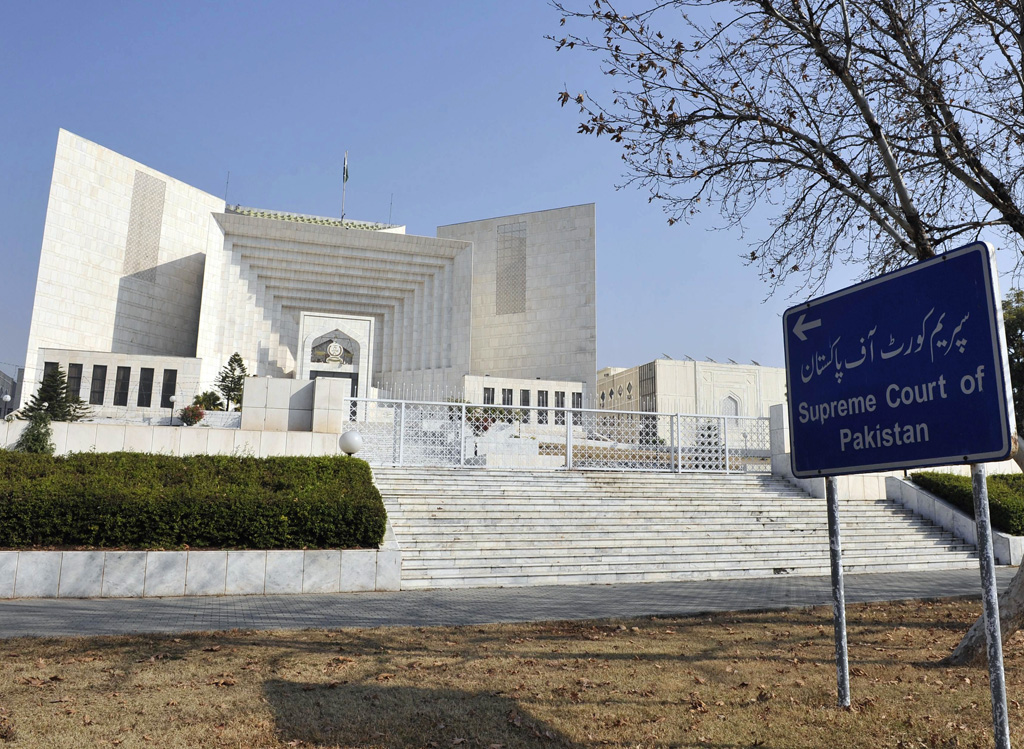 ISLAMABAD: The 25th Amendment to the Constitution of Pakistan carried out to merge the erstwhile Federally Administered Tribal Areas (Fata) into the Khyber-Pakhtunkhwa province has been challenged in the Supreme Court (SC).

A total of 213 residents of Fata have filed a constitutional petition against the merger, in which they have taken the stance that the demand of the public was for reforms in Fata and not its merger with K-P. Moreover, the tribal elders during consultation had opposed the end to the Jirga system, it states.

According to the petition, only a few members were allowed to speak during the passage of the bill in the K-P Assembly. “The K-P assembly proved the Fata merger resolution on a holiday,” it adds. The promise to make Fata a separate province was not fulfilled,” it states.

In the draft of the petition, it has been mentioned that the 25th Amendment has been made in violation of the constitution. Under Article 247, which has been omitted, the areas were given a different status to the rest of the country. It adds that the merger goes against the principles enshrined in Article 37.

Requesting the court to overturn the merger and the 25th amendment, the petition contends that the people of the tribal areas want another province and an adequate share of seats in the NA. It has requested the court to decide the future of the erstwhile Fata region with the opinion of the tribal elders and public.

It names the federal government, legislators from the tribal areas, the National Assembly secretary, the Senate secretary and the K-P secretary as respondents.

In a separate case, the top court ordered the four provincial governments to present the draft of the law pertaining to charges for extraction of groundwater while summoning a report regarding the installation of water metres in private companies.

A three-member bench, headed by Justice Umar Atta Bandial, also expressed its displeasure with the federal and provincial governments for not submitting the progress report on the issue.

Justice Ijazul Ahsan remarked that while water conservation should be the government’s top priority, the state apparatus remained unmoved despite the country being headed towards a water crisis.

Justice Bandial noted that the water extraction issue wasn’t limited to a particular government’s tenure while remarking that the top court was giving one last opportunity to the government to develop a mechanism to collect charges on groundwater extraction and to present the draft of the law regarding the same. “Failure to do so would result in serious,” he added.

bottled water and beverage companies that are involved in groundwater extraction, with the bench instructing the relevant officials to submit a report regarding the same at the next hearing.

In November 2018, the SC on Tuesday ordered all provinces to impose Re1 per litre tax on companies selling bottled water and constituted a committee to evaluate the quality of ‘mineral water’.

In Monday’s hearing, the lawyer of a private company said that the charges imposed by the government on the usage of groundwater by the bottled water companies was higher as compared to other industries.

Upon this, Justice Bandial said that there have been complaints against the Water and Sanitation Agency (Wasa) that has been collecting tax on extraction of groundwater. Observing that Wasa would not be permitted to misuse the law, the court adjourned the hearing of the case till Friday.