No country for refugees

No country for refugees 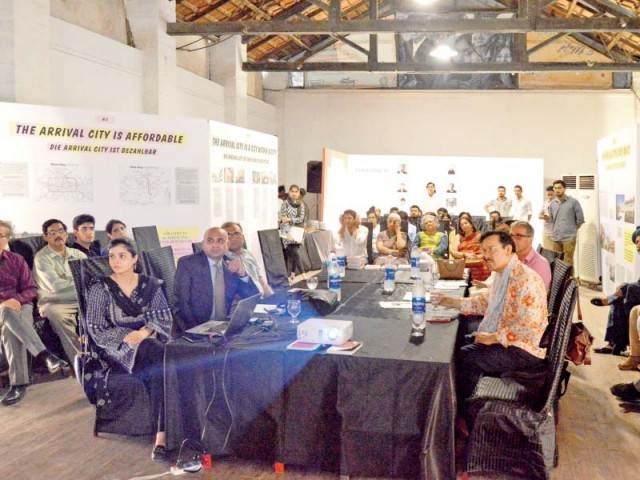 KARACHI: Home is no longer a monolith. It is in a state of flux. Capsized refugee boats scrambling towards Europe are a testament to that. In a world where more and more people are being stripped of their moorings, either forcibly or voluntarily, the question arises: what is home?

This conundrum lies at the very heart of an on-going exhibition titled “Arrival City”. Brought to Karachi in collaboration with the Goethe-Institut Pakistan, the German exhibit seeks to contextualise and understand not only the issues plaguing refugees but also how best to assimilate these individuals into an already fragmented society. Initially displayed at the Architecture Biennale in Venice, its Karachi chapter broadens the scope of its narrative by taking a look at the dilemma of the Afghan refugees in Pakistan.

Housed in Yousuf Bashir Qureshi’s warehouse turned Artist Colony, the exhibit which opened on Saturday,  is curated by architect and vociferous advocate for the preservation of heritage sights, Marvi Mazhar. Mazhar is no stranger to navigating the complexities of the rabid urban landscape and the problems that come along with it. She noted that the exhibition “questions the idea of home, home as a place of familiarity, security and as a form of identity we carry within us. This exhibit tries to cast a light on the struggles the refugees face on a day to day basis, many of whom are constantly struggling to find a place where they can truly belong and be accepted.” 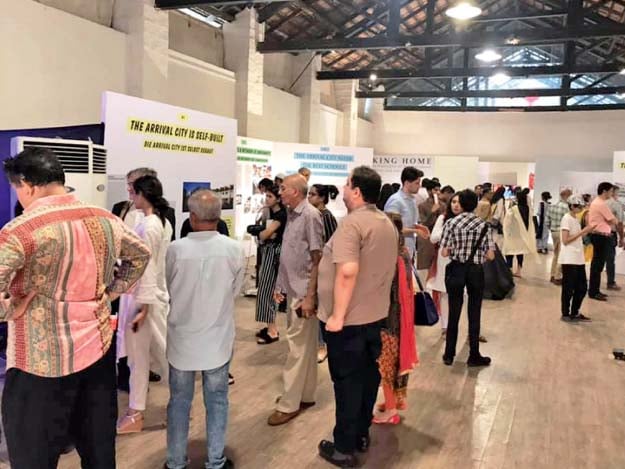 Visitors viewing the work on display at the exhibit.

The most arresting segment of the display was the intensive research work carried out on Afghan refugees by Zehra Nawab, Danial Shah and Salman Alam, which manifests itself in the shape of short documentaries, explanatory text and images. It provides a glimpse into the manner in which the daily lives of Afghan refugees unfold while also grounding their struggles in a geopolitical context. Nawab stated that, “Often we limit communities to just being facts and figures in news reports. The idea behind this project was to discover the humans that make up these numbers. Who is the Afghan refugee? Where does she go to school? What does his home look like?” 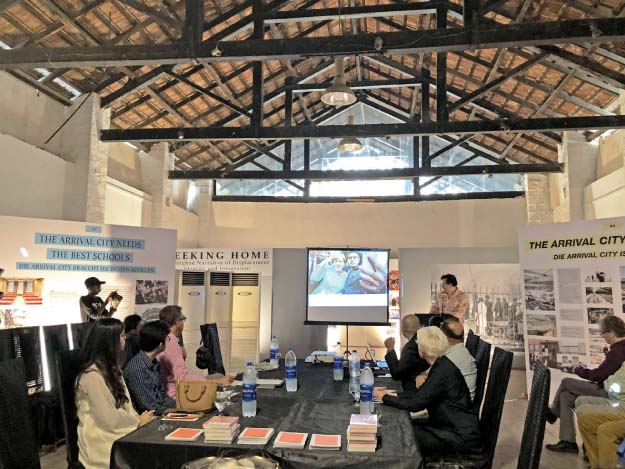 The audience looks on during a presentation at the Arrival City exhibit.

Additionally, the work done by Hafsa Ghani and Fariha Kidwai looked at the refugee dilemma by trying to understand why their situation continues to be so dire. Their documentary, which was screened at the symposium which followed the exhibition, argued that the problems faced by refugees persist because many such individuals have little to no access to formal education since they lack the necessary paperwork. Similarly, Sameer Nizamuddin further explored why the situation of these refugees has not improved by studying and documenting second-generation Afghan migrants and what home means for them.

By revealing the stories of this community labelled “refugee” for four generations, a narrative emerges which is both tragic and beautiful, relatable and alien. The stories at the exhibit speak of love, of heart aches, of fears, of economics, of war, of peace, of home – of the home lost and the one gained.

The exhibition will continue till June 23rd.