As relati­ons betwee­n both leader­s fray, the tree, it was report­ed, died during quaran­tine
By AFP
Published: June 10, 2019
Tweet Email 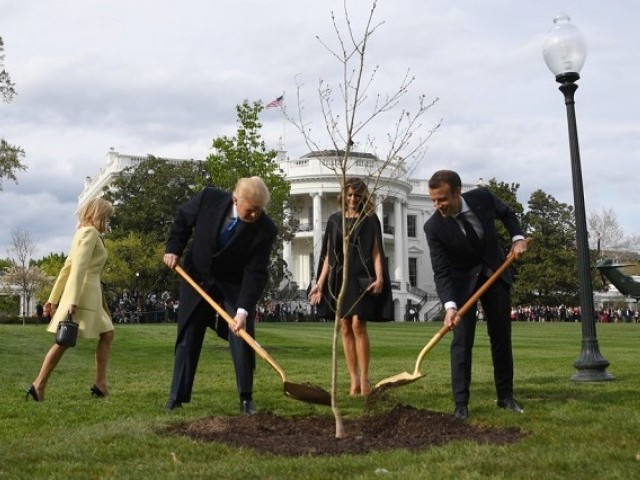 WASHINGTON: The photo of Donald Trump and his French counterpart Emmanuel Macron planting an oak tree in the garden of the White House symbolised the friendship shown by the two leaders.

But relations between them have since frayed — over issues ranging from Iran to trade — and the tree, a diplomatic source said this week, did not survive.

The French president offered the young oak to Trump on the occasion of a state visit to Washington in 2018, and the two shoveled dirt around it under the watchful eyes of their wives — and cameras from around the world.

It was a symbolic gesture: the tree came from a northern French forest where 2,000 US Marines died during the First World War.
But a few days later, the tree was nowhere to be seen, having disappeared into quarantine.

“It is a quarantine which is mandatory for any living organism imported into the US,” Gerard Araud, then the French ambassador to America, wrote on Twitter, adding that it would be replanted later.

But it was never replanted: the tree died during its quarantine, the diplomatic source said.