All over the moon

All over the moon

In one year, three Eids in one provin­ce
By Kamal Siddiqi
Published: June 10, 2019
Tweet Email 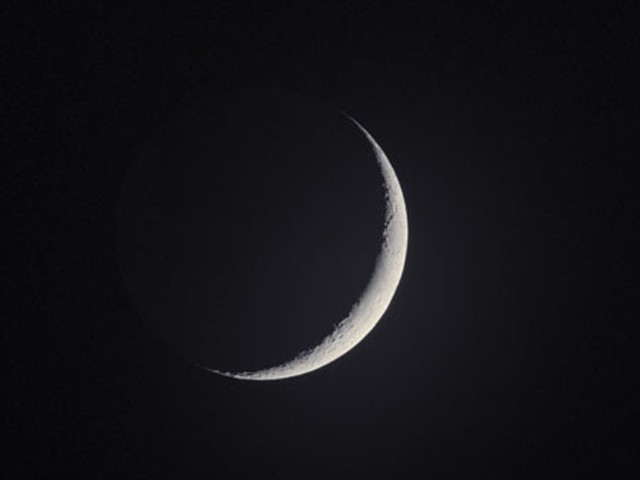 In one year, three Eids in one province. This year it was even stranger. One Eid for the chief minister of K-P another for the governor.

Who can forget how in 2014, Khyber-Paktunkhwa (K-P) and its adjacent tribal areas celebrated Eid on three different days. Afghan refugees living in different parts of the province and people of some tribal agencies celebrated on one day, most of the districts that follow the unofficial moon-sighting committee of Peshawar’s Masjid Qasim Ali Khan celebrated on another while the rest of K-P – including Hazara Division, parts of Swat and Chitral and cantonment areas across the province celebrated with the rest of the country on a third day.

Imagine the confusion that went with such a situation. Also, how many days must have been lost as one or the other were celebrating Eid. Usually on Eid, most major economic activity comes to a halt.

Many have advocated that like the rest of the world, Eid day should be known well in advance.  Contrary to popular belief, Saudi Arabia continues to rely on the human eye and not charts to sight the moon. It was announced that Saudi Arabia will adopt a new system starting from next year to detect the Ramazan and Shawwal crescent.

As of next Ramazan, the new clock tower in Makkah will be an Islamic observatory for citizens, through which we will be able to spot the Ramazan, Shawwal and other months crescents, as it will have a collection of advanced telescopes.

This year, the situation in Pakistan, meanwhile, has become even more worrisome. K-P celebrated Eid on Tuesday in accordance with an announcement by Mufti Shahabuddin Popalzai of Masjid Qasim Khan.  The PTI government in the Centre was rightly embarrassed when the K-P government decided to celebrate Eid a day earlier while the rest of the country celebrated on Wednesday in accordance with the Central Ruet-e-Hilal Committee’s (RHC) announcement.

Traditionally in K-P, Afghan refugees settled in Peshawar and its suburbs celebrate their Eid prayers in line with the official announcement of their government in Afghanistan which in turn follows Saudi Arabia. But now we have a new entrant in the occasion – Mufti Popalzai, the head of Peshawar’s unofficial moon-sighting committee, who also announces the sighting of the moon and based on which much of the province celebrates Eid.

K-P Chief Minister Mahmood Khan justified the decision to celebrate Eid on Tuesday by saying that the provincial government had received many testimonies of moon-sighting after which the government’s decision was announced.

But after the decision was criticised, K-P Information Minister Shaukat Yousafzai announced that residents of the province who celebrated Eid on Tuesday “may have to fast an extra day.” This suggests that the government is now not sure of its earlier decision.

Interestingly, while the Chief Minister offered Eid prayers in Peshawar, K-P Governor Shah Farman opted to celebrate the religious festival with the Federal Government and stayed at Governor House where Eid prayers were not held. This is fast turning into a comical situation, especially for the people of K-P.

Federal Minister Fawad Chaudhry in the meantime has taken his portfolio seriously and wants moon sighting to be done in accordance with science as is done in many parts of the Muslim world. Taking a jibe, Chaudhry said, “Even Luqman al Hakeem had no cure for ignorance.”  While the rest of Pakistan waits, the Minister has now announced the dates for both Eid ul Azha and Muharram.

On repeated occasions, Fawad Chaudhry has said that the issue of moon-sighting would be resolved eventually as the clerics accepted the printing press, the modern railways and even the loudspeaker after years of opposition. He takes the view that moon sighting can be done using modern scientific techniques through which Eid day can be decided well in advance. No need for the last minute surprises.

But where would life be without these surprises? Who can forget how a certain President of the country had the Eid day delayed by one day when it was falling on a Friday. The general belief is that two sermons on one day (Eid sermon and Friday prayers sermon) usually could lead to change in the leader.

Should we be asking our government for one Eid? In this day and age, one would hope some common sense prevails.