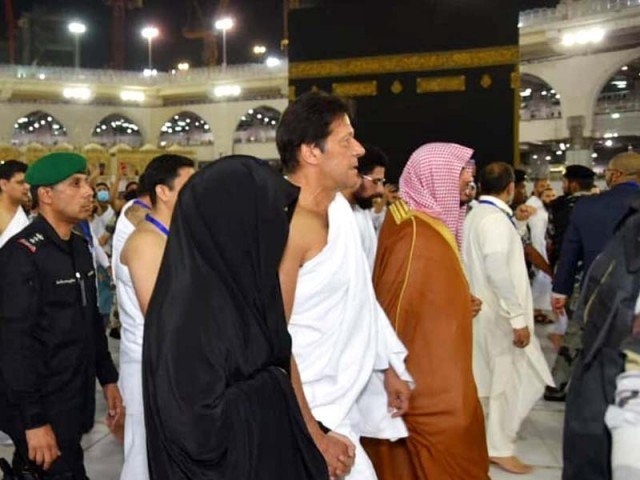 LAHORE: The Pakistan Muslim League-Nawaz (PML-N) has condemned the government for withdrawing the Hajj subsidy for citizens and spending taxpayers’ money on the Umrah of Prime Minister Imran Khan’s family and friends who were part of his entourage on his visit to Saudi Arabia.

“The prime minister should tell the nation how much money has been spent on these individuals who had nothing to do with the Organisation of Islamic Cooperation summit,” party spokesperson Marriyum Aurangzeb told reporters on Sunday.

“How many freeloaders enjoyed the ride on the hard-earned tax money of the Pakistani people?” she asked.

Aurangzeb reminded the prime minister of his pledge that he would never use a special aircraft for his travels and nobody but essential individuals would accompany him on foreign visits.

“What happened to all those tall claims?”

“He [the prime minister] dupes the nation by selling off buffaloes and sheep and spends public money on his family and friends’ lavish trips.”

The PML-N spokesperson said Imran had either shut down or slashed the funds of every public welfare programme saying that the government did not have money.