US heads to new talks with Taliban

US heads to new talks with Taliban 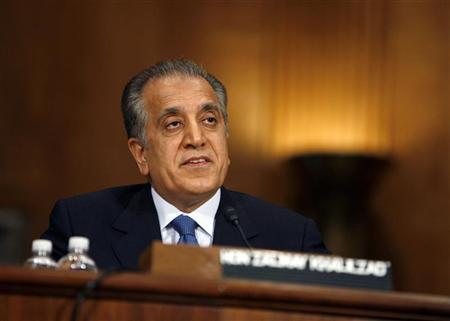 WASHINGTON: The US envoy negotiating with the Taliban will hold new talks this month in Qatar, the State Department said Saturday, as momentum builds for a deal to end America’s longest war.

Zalmay Khalilzad, a veteran US policymaker who is leading President Donald Trump’s push to broker a peace deal with the Taliban, left Friday on a 17-day trip that will also take him to Afghanistan, Pakistan, Germany, Belgium and the United Arab Emirates, the State Department said.

In Doha, he will resume talks with the Taliban after a break of around a month “to move the peace process forward,” the statement said.

Khalilzad has already met six times with the Taliban in recent months as he looks to seal a deal under which the United States will pull out troops who were first deployed following the September 11, 2001 attacks.

The United States and the Taliban are believed to have largely agreed on the key demand of Washington from 2001 and again now — that the Taliban not allow Afghanistan to be used by extremists.

But a major sticking point remains the refusal of the Taliban to negotiate with President Ashraf Ghani’s government, which enjoys international support.

The Taliban, believing they have leverage on the military front, have also rejected Ghani’s overtures for a nationwide ceasefire.

“No one should expect us to pour cold water on the heated battlefronts or forget our 40-year sacrifices before reaching our objectives,” Taliban chief Haibatullah Akhundzada said in a rare message released Saturday.

In Kabul, Khalilzad will meet representatives of civil society and women’s rights groups, which have been especially concerned about a larger role for the Taliban.

Khalilzad will “encourage all parties to work towards intra-Afghan negotiations that lead to a final peace settlement,” the State Department said.

Germany, another of Khalilzad’s stops, has voiced willingness to hold a meeting on peace in Afghanistan.

He will start his trip in Pakistan, which has facilitated the talks with the Taliban.