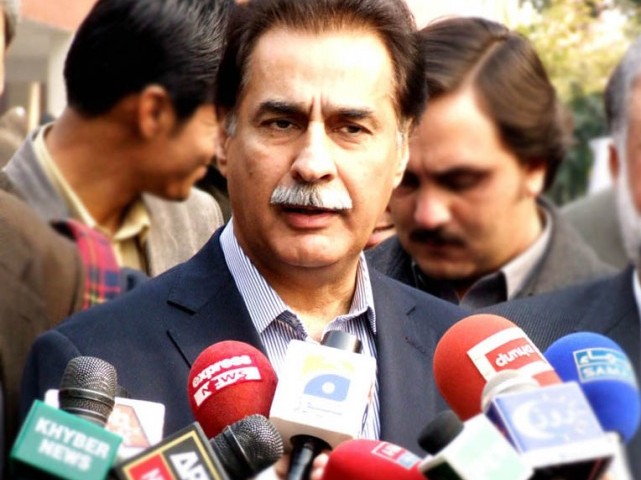 LAHORE: The Pakistan Muslim League-Nawaz (PML-N) decided on Friday that it would stage a protest in the parliament to oppose the government’s decision to file references against Supreme Court’s Justice Qazi Faez Isa and Justice KK Agha of the Sindh High Court with the Supreme Judicial Council (SJC).

“No one is allowed to attack the judiciary,” said PML-N leader Ayaz Sadiq after a meeting of the party’s parliamentary group held in the chamber of the opposition leader.

Lawyers coming together in support of Justice Isa

On Thursday, the SJC issued a notice to attorney general of Pakistan for June 14 in order to obtain his legal assistance in deciding the maintainability of presidential references against Justice Isa and Justice over non-disclosure of their spouses’ foreign properties in their wealth statements.

The references were filed by the government.

An official in the Ministry of Law confirmed that the reference was prepared within the ministry. The services of a former Supreme Court judge – who had taken oath under the 2007 Provisional Constitution Order (PCO) — were hired to file the reference. The ministry sent the reference to the SJC last week.

Special Assistant to Prime Minister on information Dr Firdous Ashiq Awan has said everyone who violated the code of conduct would be held accountable no matter if they were politicians, media, judiciary or bureaucracy.