Punjab would suffer most from increa­se as they had opted for petrol due to high prices of CNG
By Zafar Bhutta
Published: June 1, 2019
Tweet Email 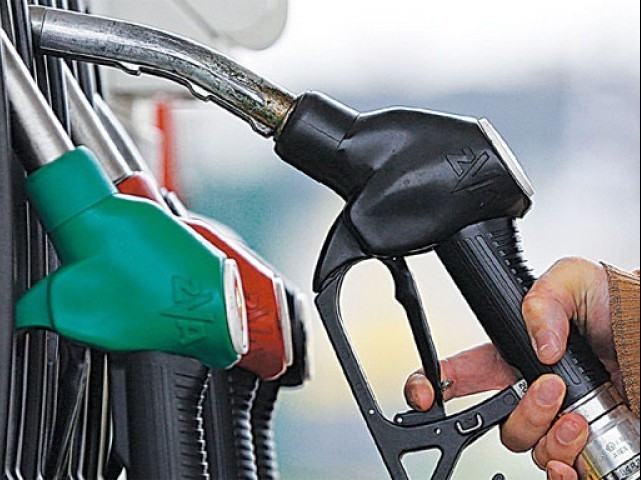 ISLAMABAD: The government on Friday increased the price of petrol by Rs4.26 per litre for the month of June 2019, following hike in global oil prices and depreciation of the rupee against the dollar.

The Oil and Gas Regulatory Authority (Ogra) had recommended an increase of Rs8.53 per litre or 7.8 per cent. After the increase, petrol will now be available at Rs112.68 per litre price from the earlier Rs108.42 per litre.

It is being said that the people of Punjab would suffer the most from the increase as they had opted for petrol due to high prices of compressed natural gas.

The government has also jacked up the price of high speed diesel (HSD) by Rs4.50 per litre against the proposed Rs8.99 per litre. The HSD price has increased to Rs126.82 per litre as against Rs122.32 per litre.
The HSD is widely used in transport and agriculture sectors. The increase would likely cause a further hike in inflation due to the surge in gas and electricity prices.

On Ogra’s recommendation of increasing the price of light diesel oil (LDO) by Rs1.68 per litre or 1.7%, the government approved it. The LDO’s price has increased to Rs88.62 per litre from the earlier Rs86.94 per litre. LDO is used in industry.