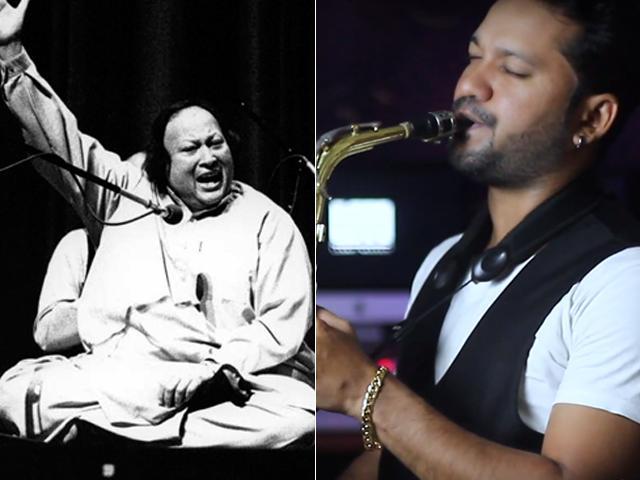 Massey has produced the composition of the iconic Kalaam on saxophone and piano at his home studio. When asked about why he chose this particular Kalaam, Massey said,” Nusrat Fateh Ali Khan sahab has always inspired me, especially as I grew up listening to him. I thought of covering it because this composition is one of my all-time favourite.”

The saxophonist revealed that he has performed the cover with positive energy and went with the flow so it never felt as a challenge for him at any stage of the production, however, Massey maintained that he left no stone unturned to ensure that the iconic Kalaam doesn’t lose its soul in the fusion.

The performer said that his younger brother Adrian Massey and his friend Joshua helped him in the video production of the cover, and the audio was mixed by Alex Shahbaz.

Massey said that indeed using a saxophone – which is a very rare instrument in our country and not many people are exposed to it – to present a Sufi sound is a little uncommon but his prime focus as a musician is to always do something different and out of the box. “If it clicks or not that is secondary,” he said.

Lenny has been into music since he has eight years old, he has been professionally performing for the past 17 years. The saxophonist has performed with a number of artists in Pakistan and abroad.