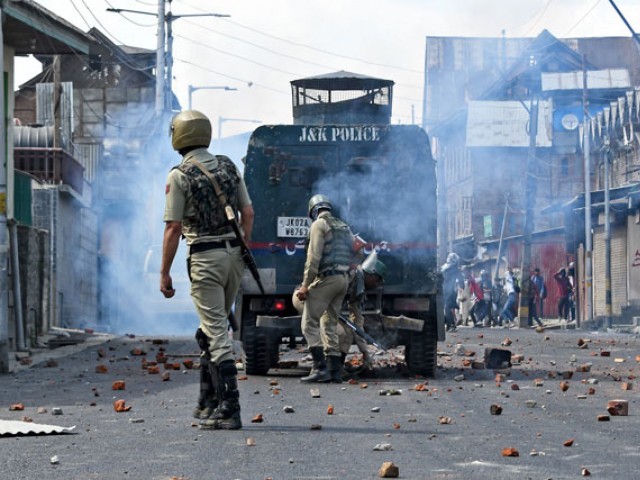 Indian forces face protestors during a protest in Occupied Kashmir's Srinagar on May 31, 2019. PHOTO: AFP

SRINAGAR: Three men were martyred in a gunbattle with occupying forces in Indian occupied Kashmir (IOK) on Friday amid widespread protests across the held valley.

Dozens of rallies involving hundreds of people were held across occupied valley calling for action over the conflict.

Holding placards and banners, protesters appealed to the world community to resolve the long pending disputes of Kashmir and also Palestine. 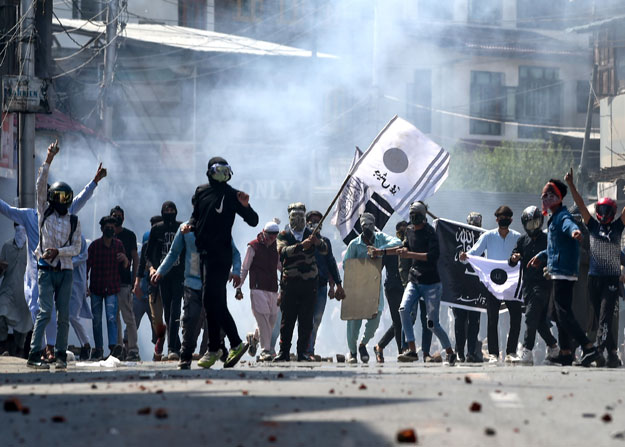 Protesters gesture towards Indian police personnel through teargas smoke during a clash in occupied Kashmir’s Srinagar on May 31, 2019. PHOTO: AFP

The protests were in response to calls from local leaders to observe the last Friday of the Muslim holy month of Ramazan as “Palestine and Kashmir Day”.

A statement released by freedom movement groups renewed demands for “self-determination” in IOK.

“Oppressive measures cannot deter this nation from pursuing the right to self determination,” they said in the statement.