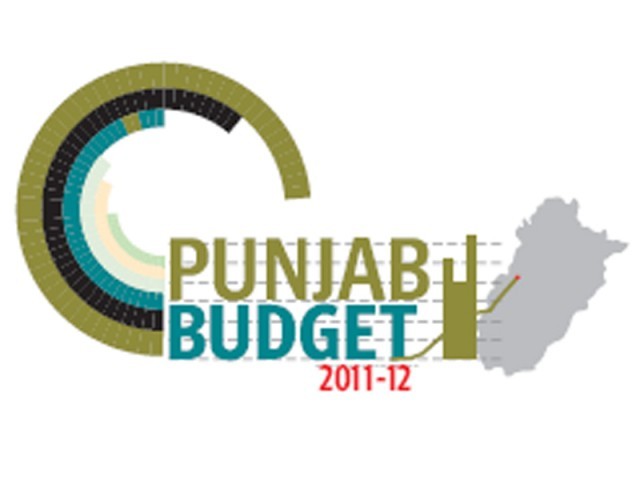 Opp motions to cut police and relief grants to one rupee defeated.

The Punjab Assembly passed a supplementary budget worth Rs87.43 billion for fiscal year 2010-2011 on Tuesday and then adjourned for an indefinite period to end the special budget session.

The opposition moved three cut-motions that were all defeated. One motion called for the reduction of the grant for relief services from Rs7.22 billion to one rupee. Opposition members said the government should prove it had used the money for relief. Law Minister Rana Sanaullah defended the demand, saying that those who survived last year’s devastating floods had benefitted from the money.

PML-Quaid MPA Seemal Kamran moved a cut-motion for the police supplementary grant to be reduced from Rs2.34 billion to one rupee, because the police had failed to protect the people of the Punjab. The crime rate is going up and instead of questioning the performance of the police the government wanted to reward them, she said.

She said that legislators were not even safe in the house. She said she had received a chit from a colleague three days ago bearing the threat: “Leave the assembly immediately, otherwise…..?”

She said she would be prepared to reveal the name of the person to a house committee set up to investigate the incident, when and if such a body were formed.

Kamran said that the inspector general of Punjab Police and the Lahore capital city police officer had different ideas about how to fight crime. “The former wants a Test match in the investigation process while the latter prefers to play 20-20 matches,” she said, referring to recent reports of encounters staged by Lahore police.

PML-Q Parliamentary Leader Chaudhry Zaheeruddin Khan said that it was disappointing that there were no police representatives in the gallery when police affairs were being discussed. He said that around 18,000 crimes are committed every day. He said that kidnap for ransom and cattle rustling had become an industry in Pakistan. He said the lumberdar system should be strengthened.

PPP MPA Hassan Murtaza said the Punjab government had given Rs80 million to the National Volunteers but they had no presence anywhere. He said that armoured vehicles protect the police chief at the Provincial Headquarters of Police while citizens were left defenceless. He said the police was corrupt from top to bottom.

Sanaullah said the poor law and order situation was a result of Talibanisation and jihadi culture. He said that 98 per cent of kidnap cases led police to the Federally Administered Tribal Areas.

PML-Q MPA Moshin Leghari criticised the Rs420 million demand for “miscellaneous” in the supplementary budget. He said no money had been demanded in the supplementary budget for southern Punjab, but millions of rupees had been granted to schools seized from Jamaatud Dawa. The government had given up foreign aid meant for development work in southern Punjab without coming up with an alternative source of funding for those schemes. He said that of the 550 organisations, institutions and persons granted aid, 90 per cent were from Lahore and none were from southern Punjab. Earlier, Leader of the Opposition Raja Riaz gloated over his party’s victory in the Azad Jammu and Kashmir elections.

He claimed the Punjab government was considering various options including the dissolution of the Punjab Assembly to stop the upcoming Senate elections, but the PPP would foil any such attempt.