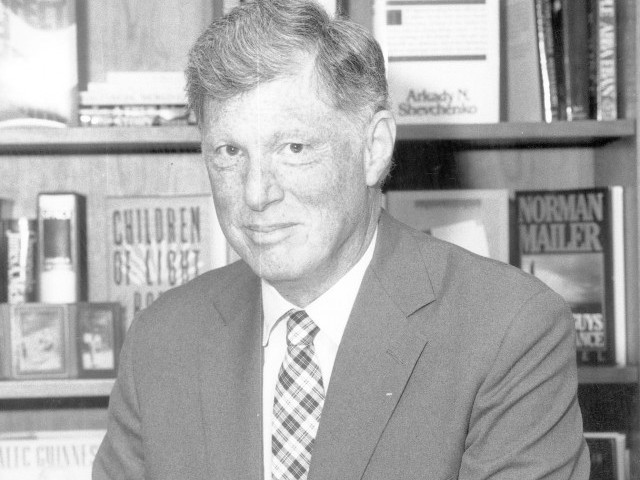 The newspaper cited Bernstein’s son Peter as confirming his death at a hospital in New York.

During his time at the helm of Random House – now part of Penguin Random House – Bernstein published US authors such as Toni Morrison, Dr Seuss and Gore Vidal, Soviet dissidents Andrei Sakharov and Yelena Bonner, and Czech dissenter Vaclav Havel.

The business became one of the largest general interest book publishers during his tenure from 1966 to 1990, according to the Times, with revenues growing from $40 million to $850 million annually.

In 2009, Bernstein – who is Jewish – turned against Human Rights Watch, accusing the organization he helped found in 1978 of being biased against Israel.

He said the group had condemned “far more” human rights abuses in Israel than in other countries in the Middle East ruled by “authoritarian regimes with appalling human rights records.”

“When I stepped aside in 1998, Human Rights Watch was active in 70 countries, most of them closed societies,” Bernstein wrote then in the Times. “Now the organization, with increasing frequency, casts aside its important distinction between open and closed societies.”

“Robert Bernstein was a true man of principle,” Washington Examiner magazine executive editor Seth Mandel wrote on Twitter.
“Founded Human Rights Watch and then went public two decades later against it when it had definitively strayed from its mission and become an anti-Israel tool of totalitarianism.”

The Times said Bernstein is survived by his wife Helen and three sons – Peter, Tom and William – as well as his sister Barbara Rosenberg, 10 grandchildren and four great-grandchildren.

His memoir, “Speaking Freely: My Life in Publishing and Human Rights,” written with Doug Merlino with a foreword by Morrison, was released in 2016.

Human rights fellowships bear his name at Yale and New York University. In 2011, at the age of 88, he founded a new group called Advancing Human Rights, which he chaired.