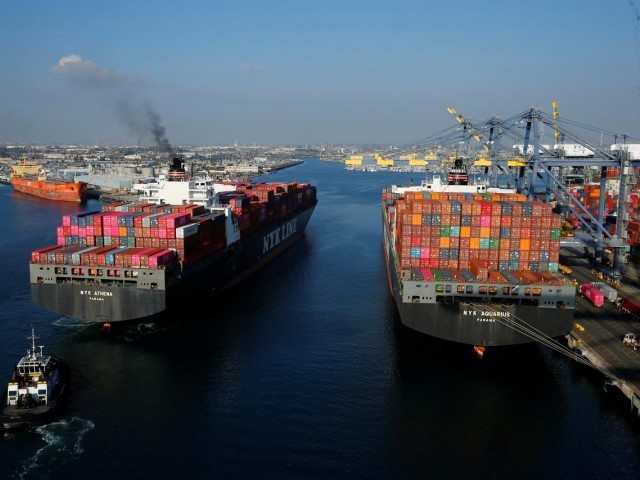 KARACHI: As the government undertakes yet another programme with the International Monetary Fund (IMF), the challenge to steer the economy away from the vicious cycle of high fiscal and current account deficits, coupled with critically low foreign currency reserves, is insurmountable.

The recent attack by currency speculators on the foreign exchange market, coupled with the hike of 150 basis points in the discount rate by the State Bank of Pakistan, has created uncertainty as experts warn of the impact of adjustments on economic conditions. The budget for FY20 is likely to involve tougher measures as several incentives offered in the previous budget will be retracted to reduce the fiscal deficit. Pakistan will soon enter its 22nd IMF programme and receive $6 billion from the IMF.

As inflows from the IMF are likely to be complemented by inflows from the World Bank and the Asian Development Bank (ADB), it will help alleviate some concerns on the external front. However, the high current account deficit, driven by the trade deficit, will remain a challenge until and unless adjustments to the export composition result in sustainable export growth rates.

The Pakistan Bureau of Statistics (PBS) reports a fall of 9.9% in the trade deficit in April 2019 over the value reported in April 2018. This is primarily driven by a 6.4% decrease in imports. On the other hand, exports have also decreased by 1.5%.

The trade deficit between July 2018 and April 2019 was 12.8% lower than the trade deficit during the same period in FY18. Again, the main driver was the decrease in imports as they declined by 7.9%. Exports also declined by a marginal 0.1%. In essence, imports and exports have both met the same fate this fiscal year.

This decline in exports is disconcerting. The depreciation of the rupee has failed to support export growth in Pakistan. The trade deficit can reach a sustainable level in the long run only if considerable efforts are made to boost exports in dollar terms.

A closer look at the industry-level breakdown of imports into Pakistan shows a decline in imports in the period between July 2018 and April 2019 across all products, except for the petroleum group, agricultural and other chemicals.

However, imports of CKD motor cars have increased by 3.8%. Interestingly, imports of parts and accessories have also decreased by 9.9%. This trend indicates a fall in demand for machinery and transport vehicles in Pakistan. The depreciation of the rupee, rising inflation and higher tariffs on imported goods are likely to restructure imports away from capital goods and towards mineral fuels, especially as demand for investments falls. However, imports into Pakistan will increase once the economic growth recovers.

Therefore, the eventual improvement in economic conditions will again pile the pressure on the trade deficit. The situation regarding export growth remains dire. Major industry groups such as food and textile experienced negative growth, 4.1%, and 0.02% respectively, in the period between July 2018 and April 2019 relative to the same period in FY18.

However, exports of finished products such as knitwear, bedwear, and readymade garments increased by 8.76%, 2.4% and 3.2% respectively. The quantity of exports of these manufactured textile products has increased more than the dollar value, suggesting that Pakistani exporters sell at a lower per unit dollar price or lower price margins in dollar terms, reducing the benefits in terms of aggregate dollar revenue.

This sensitivity to the price competition is likely due to the lack of innovation and quality of exports. Within other manufactured products, exports of footwear and chemical and pharmaceutical products have increased in the first 10 months of FY19 compared to the same period of FY18.

Export of clothing articles to the US and the EU increased by more than $870 million, with men’s or boy’s ensembles of cotton showing a gain of more than $1.16 billion, a 500% increase. The trade concessions offered by the EU in the form of GSP Plus have benefitted certain textile exports from Pakistan.

The government must focus on strategies to boost exports. ITC reports an untapped export potential of $12.2 billion. Unfortunately, the depreciation of the rupee has not resulted in a desirable outcome yet.

The government must lower the cost of doing business to make it attractive for exporters to not only produce more efficiently but also attain crucial inputs and capital goods at cheaper rates, improving the quality of exports.

Pakistan ranks poorly in terms of costs and time involved in trading across borders. Enhancing infrastructure and facilities within Pakistan and at the borders is necessary. Higher exports will help reduce the pressure on the external front in the long run.

Agriculture has potential to give boost to economy