HIV not a death sentence: Bilawal

HIV not a death sentence: Bilawal 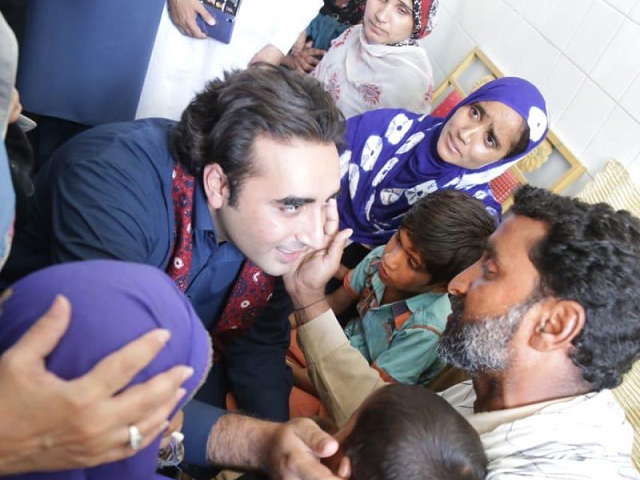 Following a visit to the HIV screening camps in Larkana’s Ratodero division, Pakistan Peoples Party chairman Bilawal Bhutto Zardari asserted on Sunday that the disease was not a death sentence.

“HIV is not a death sentence,” said Bilawal in a tweet adding that, “the conflation of HIV & AIDS is fueling stigmatisation of the most vulnerable people in Pakistan. ”

HIV is not a death sentence. The conflation of HIV & AIDS is fueling stigmatization of the most vulnerable people in Pakistan. This can not & should not be tolerated. I stand by my fellow Pakistanis who have contracted HIV, be they in Ratodero, Swabi, Sargodha or Turbat. pic.twitter.com/3cQ9sBey4h

“This cannot and should not be tolerated, I stand by my fellow Pakistanis who have contracted HIV, be they in Ratodero, Swabi, Sargodha or Turbat.”

From the Sindh HIV and AIDS Control and Prevention Bill 2013 to the free distribution of contraceptives Sindh has & will continue to pass & enact the most progressive legislation & programs to protect the most vulnerable. pic.twitter.com/WP8fRFyahg

The PPP chairman added that the Sindh government was carrying out aggressive screenings. He said that 22, 900 people had been tested and stressed on the importance to destigmatise HIV by creating awareness about the disease.

During his trip to Ratodero, Bilawal assessed medical faculties being provided to the affectees.

PPP’s home constituency is in the grip of a healthcare crisis. At least 519 people have been tested positive for HIV in Larkana so far.

But this is not the first time or even the first aids crisis. In the last 18 years, it has experienced ‘unusual’ outbreaks of HIV/Aids at least three times.

First, in 2003, the virus was detected at a prison among more than 100 injecting drug users. Then, three years back, 30 patients receiving dialysis at Chandka Medical Hospital, Larkana.

On Saturday, Bilawal announced setting up an endowment fund to ensure free and lifelong treatment of people living with HIV/Aids in Sindh.

Pakistan has every right to develop its own missile program: Russian diplomat