The crash occurr­ed in a remote, hilly area of the north-centra­l state of Queret­aro on Friday­
By AFP
Published: May 26, 2019
Tweet Email 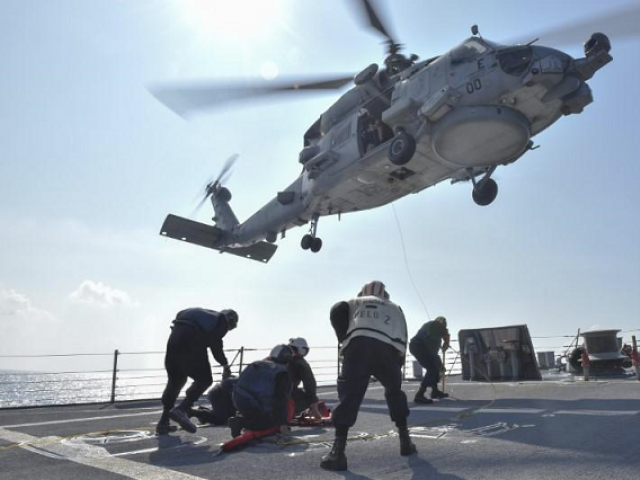 The crash occurred in a remote, hilly area of the north-central state of Queretaro on Friday. PHOTO: REUTERS

The crash occurred in a remote, hilly area of the north-central state of Queretaro on Friday.

The MI-17 helicopter, which took off from Valle Verde in the neighboring state of San Luis Potosi, was carrying a helibucket with 2,500 liters of water to fight a fire, the navy said earlier.
Difficulties accessing the accident site meant authorities were not able to confirm the deaths until Saturday.

“We are going to express our condolences to the relatives of the sailors and the public servant of the Forestry Commission who lost their lives,” López Obrador said at a public ceremony, as he read out their names.

Central Mexico has suffered hundreds of wildfires in recent months due to low rainfall and high temperatures.

A lack of wind and rain have prevented the smoke from dissipating, which worsened the air quality of the capital Mexico City to such an extent that authorities last week declared an environmental alert and warned residents to avoid physical activity outdoors.