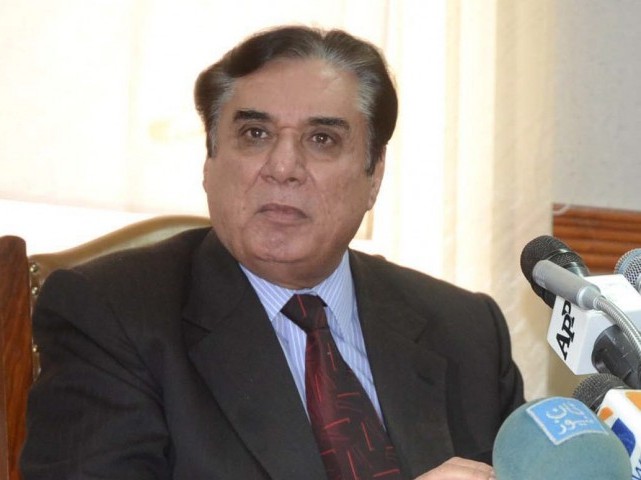 LAHORE: The National Accountability Bureau (NAB), in connection with the recently leaked scandalous audio-video tapes being associated with its chairman, filed a reference in an accountability court on Saturday against a gang allegedly involved in blackmailing several people including the anti-graft body’s chief.

In the 630-page reference, NAB has nominated Tayyaba Gul, the woman seen and heard on the tapes, and her husband, Farooq Nol, as the main suspects.

The graft buster stated in the reference that Tayyaba and Farooq had defrauded several citizens of around Rs24.4 million.

It added that NAB had received six complaints against Tayyaba and Farooq and 36 witnesses had recorded their statements against them.

Judge Jawadul Hassan issued notices to the suspects and the investigating officer of the case, summoning them on June 17.

On May 23, News One, a private news channel, aired a purported conversation of the NAB chairman with a woman.

However, it was left red-faced and had to tender a public apology after NAB denied the story.

The NAB issued a statement, rejecting the report and saying that all such reports were baseless, contrary to facts, fabricated and part of a false propaganda.

“This is work of a group of blackmailer, who want to tarnish reputation of NAB and its chairman. Disregarding all the pressure and blackmailing, NAB has not only arrested two members of the group but also approved a reference against them,” the statement read.

The channel admitted that it had not done due diligence and therefore needed further substantiation regarding the videos. The channel management also apologised for any inconvenience caused to the NAB chairman.

NAB said there are a total of 42 FIRs registered against members of the racket in different parts of the country. “The group is involved in blackmailing, kidnapping for ransom, scamming and looting of billions of rupees from government servants as well as private individuals by impersonating FIA personnel and NAB has evidence in this regard,” it said.

It said the report was a tactic to escape a NAB reference through blackmailing. According to the statement, the kingpin of the group, Farooq, is currently incarcerated at Kot Lakhpat Jail.