PIA all set to commence Hajj operations from July 4

PIA all set to commence Hajj operations from July 4

Nation­al flag carrie­r to provid­e travel facili­ties to over 78,000 pilgri­ms this year
By Waqas Ahmed
Published: May 24, 2019
Tweet Email 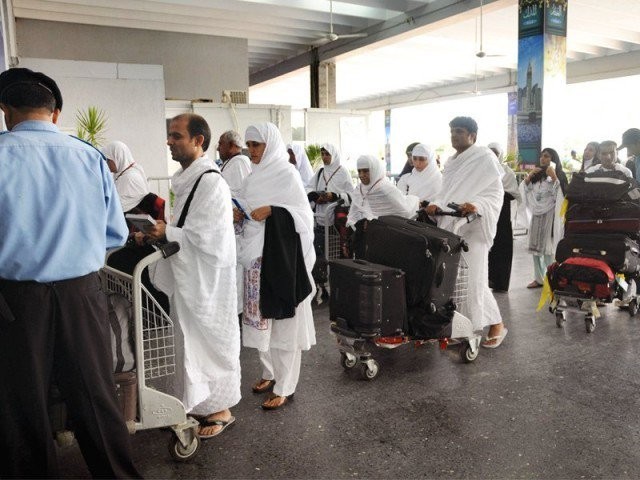 ISLAMABAD: The Pakistan International Airlines (PIA) will commence this year’s Hajj operations by taking first batch of pilgrims to Saudi Arabia from July 4.

The national flag carrier on Friday announced its flight schedule for this year’s Hajj during which it hopes to fly as many as 78,000 pilgrims to the Arab kingdom and back through 350 special flights. The pre-Hajj operations will last till August 5 while the post-Hajj will commence on August 17 and continue till September 14, according to the details obtained by The Express Tribune.

Over 50,000 pilgrims under the government’s Hajj scheme while 27,000 private pilgrims will be taken through 135 special and 215 scheduled flights to Jeddah and Medina.

Hajj made easy, by way of virtual reality

Pilgrims, travelling under the government’s scheme, are being charged Rs110,000 from Punjab and Khyber-Pakhtunkhwa while Rs100,000 from Karachi and Quetta. Two Boeing 777 and as many Airbus A320 aircraft will be used for the whole operation.

The plan has been sent to the Ministry of Religious Affairs, which has already begun the process of collecting airfare from the pilgrims.

The national airline is facilitating over 25,000 pilgrims more than last year after Saudi Arabia increased the Hajj quota for Pakistan from 184,210 to 200,000 in February this year.

Finance adviser urges US business community to invest in Pakistan