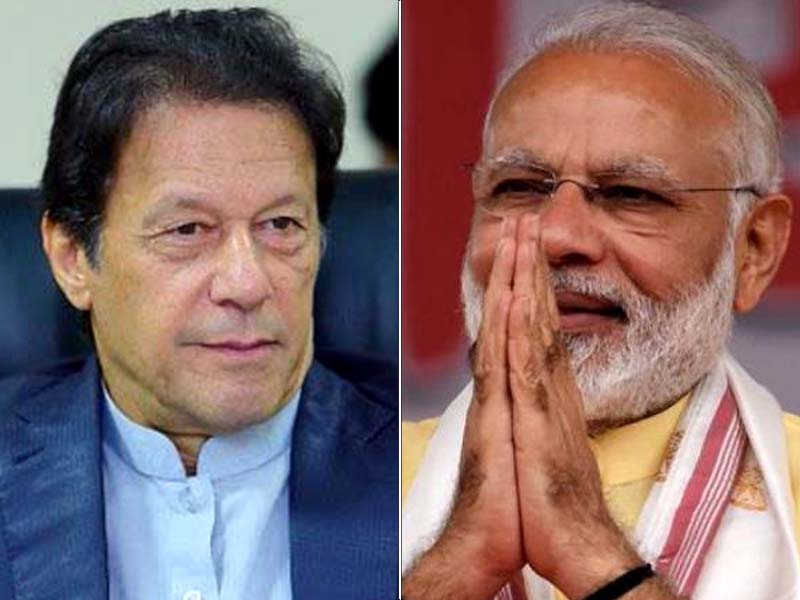 Responding to PM Imran’s congratulatory message on winning the elections, Modi thanked his counterpart and added that he had “always given primacy to peace and development” in the region.

I warmly express my gratitude for your good wishes. I have always given primacy to peace and development in our region. https://t.co/b01EjbcEAw

I congratulate Prime Minister Modi on the electoral victory of BJP and allies. Look forward to working with him for peace, progress and prosperity in South Asia

Modi scored a dramatic election victory on Thursday, putting his Hindu nationalist party on course to increase its majority on a mandate of business-friendly policies and a tough stand on national security.

Just a day before the formal announcement of final results, foreign ministers of Pakistan and India held an unexpected ‘informal’ meeting at the sidelines of Shanghai Cooperation Organisation (SCO) gathering in Kyrgyzstan.

This was the first interaction between the two countries at the foreign ministers level since PM Imran formed the government and importantly after the military standoff in February this year.

During the Indian election season, Modi’s campaigning had shifted toward India’s relationship with Pakistan after a young man – a native of occupied Kashmir – rammed an explosives-laden car into an Indian paramilitary convoy, killing over 40 personnel in Pulwama district.

Following the Pulwama incident, the Indian Air Force (IAF) violated Pakistani airspace near the Line of Control (LoC) and were chased away by Pakistan Air Force (PAF) jets on February 26.

While Pakistan has signaled a willingness to open talks with India, it also displayed its military might, with the test of a surface-to-surface ballistic missile with a range of up to 1,500 miles (2,400 km).

PAF fighter jets shot down two Indian warplanes and captured a pilot after they intruded into its airspace while responding to a Pakistani aerial mission on targets inside occupied Kashmir.

The United States, China, Britain, Russia as well as Saudi Arabia and United Arab Emirates were engaged with both New Delhi and Islamabad to avoid further escalation.

Iran says no talks with US ‘under any circumstances’