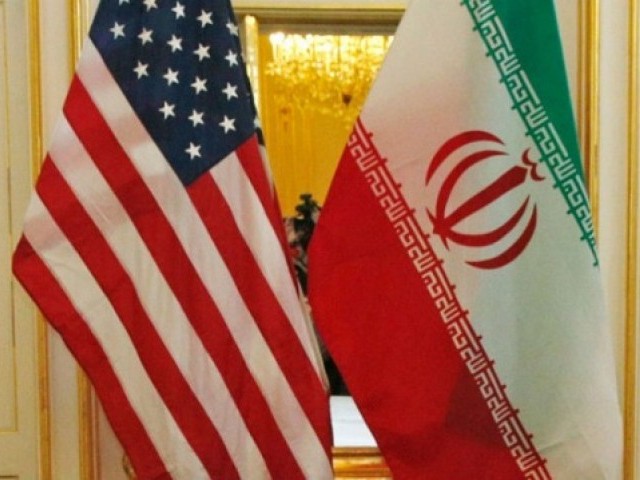 The recent offensive posture of the United Sates against Iran, focusing on the age-old theory of ‘regime change’, reflects a dangerous American game in the region. Reports about the deployment of American aircraft carrier and B52 bombers mean sharp escalation of the conflict between the US and Iran. Attack on Saudi oil tankers and its oil pipeline is another manifestation of how the crisis in the Gulf may lead to the outbreak of armed conflict in the region.

The cover story of The Economist issue of May 11-17 states, “The drum of war is beating again. John Bolton, the National Security Adviser, says any attack on America or its allies will be met with unrelenting force. President Hassan Rouhani says Iran will no longer abide by the terms of the deal signed with America and other world powers, whereby it agreed to strict limits on its nuclear programme in return for economic relief.” While US President Donald Trump is not in favour of an all-out confrontation with Tehran, National Security Adviser John Bolton and Secretary of State Mike Pompeo subscribe to the theory of ‘regime change’ in Iran by pursuing a two-pronged strategy: first isolating Iran and then exerting military pressure on it.

Can one deny the fact that the road to war is very easy but the road from war to peace is an uphill task? The examples of Afghanistan, Iraq, Syria, Yemen and Libya in the recent past prove the bitter fact that the lives of common people are destroyed when foreign powers along with their local allies launch ground and air attacks and raze buildings and infrastructure in cities and towns. If the US, Israel and some Arab Gulf countries want to target Iran paving the way for ‘regime change’, their wishful thinking will turn the entire Middle East into a war zone. Why the US withdrew from the nuclear deal reached between Iran, five permanent UNSC members and Germany and how its withdrawal has impacted the Joint Comprehensive Plan of Action (JCPOA)? Why the European Union, along with Britain, France and Germany are unable to withstand American pressure on re-imposing sanctions against Tehran? Will the present escalation in the Iran-US conflict transform into a major international crisis and plunge the Persian Gulf region into a perpetual state of conflict and chaos? So far despite repeated provocations of the US in the form of sanctions and deployment of its offensive naval military force in the Gulf, Iran has acted with restraint. Only Russia and China are supporting Iran while the rest of the members of the nuclear deal have let it down, as pointed out by the Iranian foreign minister during his recent visit to Beijing. This is something that needs to be taken seriously.

Three factors shape the current Iran-US standoff. First, despite President Trump’s clarification that his country wouldn’t like to go to war with Iran, hawks in his team, particularly John Bolton, want to augment economic and military pressure on Tehran so that the Iranian government crumble and is replaced by a pro-American regime. Unfortunately, such an approach which is devoid of prudence will further toughen the position of hardliners in the Iranian clergy vis-à-vis the moderate President, Hassan Rouhani, who was a great supporter of reaching a nuclear deal with the US under the framework of JCPOA. With the designation of the Islamic Revolutionary Guards of Iran as a terrorist organisation, hardliners in Tehran and Qom feel vindicated in their resolve that one cannot trust the US because since the overthrow of the Shah’s rule in February 1979, it remained bent upon destabilising the successive governments in the Islamic Republic. The 2015 Iran nuclear deal reached during the tenure of Barack Obama had provided an opportunity for Washington to engage Tehran in nuclear non-proliferation by easing sanctions against it, but the Trump administration’s withdrawal from the deal last year and re-imposition of sanctions took things back to square one. Israel and Saudi Arabia, along with conservative Arab Gulf countries, convinced the US to revoke the deal with Iran for different reasons — Israel because of what it calls Iranian assistance to terrorist groups in Lebanon, Gaza and Syria while Saudi Arabia because of its competition with Iran on the supply of oil.

Second, there has been this dangerous practice of bypassing the UNSC and imposing sanctions against various countries since the end of the Cold War and the transformation of world order from bipolar to unipolar. Under Chapter VII of the Charter of the UN, it is the Security Council which has a right to impose sanctions in cases of aggression, unauthorised use of force and violation of the UN charter, but what has been going on for the last couple of decades is the unilateral imposition of sanctions by the US. The US sanctions against Iran following its withdrawal from the nuclear deal is without UN authorisation, and thus illegitimate. Such a dangerous precedent has made a mockery of the UN, threatening to cause anarchy in the global order.

Third, in the course of American policies of Iran ‘bashing’ and ‘regime change’ through use of acts of brinkmanship and coercion, there is absolutely no mention of Israel. The real threat to the Middle East is not from Iran but from Israel which has occupied Arab lands of Golan Heights and West Bank; besieged the Gaza Strip; and illegally shifted its capital from Tel Aviv to occupied East Jerusalem.

The so-called US-Arab alliance against Iran has benefited Israel and it has augmented its ruthless and inhuman military attacks against the Palestinians in Gaza and the occupied West Bank. Unless, Arab states take firm measures against Israel for its illegal occupation of Arab lands, including Muslims second holiest site Al Aqsa Mosque in East Jerusalem, the US will continue to use such Arab states against Iran.

The US decision to close and curtail its diplomatic presence in Iraq, which is perceived to be an ally of Iran, is another evidence of the US contingency plans to deepen its pressure on Iran. Will Iran sustain American pressure in the form of sanctions, deployment of the US naval-military buildup and tightening of diplomatic isolation? As a result of the re-imposition of American sanctions against Iran following its withdrawal from 2015 nuclear deal, Iran’s economic predicament has worsened. The value of Iranian currency against the American dollar has sharply declined; and inflation, price hike and unemployment have assumed alarming proportions. And if Europe comes under American pressure to impose sanctions against Iran, its economy may suffer further. That is what the US, Israel and their Arab allies want: to damage the Iranian economy to an extent that people revolt against the regime. As long as Arab priorities are misplaced and they consider Iran as a threat instead of Israel, there is no likelihood of the resolution of the Palestinian issue and establishment of peace in the Middle East.

If Iran withdraws from the 2015 nuclear deal, the responsibility would lie with the US because of its warmongering behaviour. Like North Korea, Iran will also withdraw from the Nuclear Non-Proliferation Treaty (NPT) of 1968 and neither the US nor other P-5 members can then prevent Tehran from transforming its nuclear ambitions into a reality. In such a scenario, the West may have to deal with another Islamic bomb.

How we eroded rule of law?