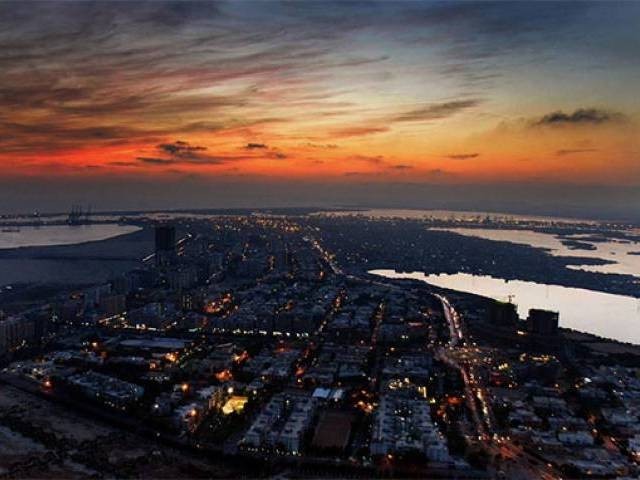 The current national crisis is far deeper and wider than what is being essentially portrayed as a financial and economic crisis. The economy’s deep distress is merely one face of the overall ills that face the country. A more holistic approach is needed to overcome the crisis as several national weaknesses are feeding one another hence creating a multiplier effect. Foremost is the political scene that is chaotic, divisive and lacking a genuine national purpose. This weakness is reflected in the conduct of the government and opposition in and outside parliament. Not surprising that the government was able to pass only one piece of legislation in the last nine months which was the 26th Constitution Amendment Bill 2019 that increased the number of national and provincial assembly seats for the erstwhile Fata after its merger with K-P. Nonetheless, it goes to the credit of all parties that it enjoyed unanimous support of the House.

The more worrying aspect is that there is no serious interaction or dialogue between the government and opposition parties both in and outside parliament. The PM’s contempt for the top leadership of the PML-N, PPP and JUI and his frequent verbal assaults on them have made it difficult for a reconciliation. The government’s below par performance in several areas and inflation spiralling as harsh economic measures are put in place in compliance with the IMF deal have provided an opportunity to the opposition parties to strike back. For after all, Imran Khan’s initial warm welcome lay in his predecessor’s failures and there were high expectations from him. Many of his supporters are now disillusioned. All this may be a common feature of democratic practices but when the country is facing such acute external and internal challenges the question that arises is of where is it all heading to.

Exploiting our weaknesses India has been putting pressure and trying to keep Pakistan off balance. Modi built his entire campaign primarily on the false premise of the danger of terrorism and threat emanating from Pakistan. One would have expected from the leader of a country that is considered to be the largest democracy and a major economic power a more honest assessment of the threat as opposed to a parochial perspective. There has hardly been any criticism of his policies at international or domestic level.

Pakistan has to earn the confidence of the Afghan government while continued instability in Afghanistan spills over our borders. Despite serious efforts on our part, US-Pakistan relations are touching a new low which is clearly reflected in the rejection of visa applications of our senior government officials.

Even if we were to assume an unlikely proposition that the opposition succeeds in toppling the government which they claim is not their aim the more pertinent question is whether it is capable of steering the country any better during these trying times. If the past is any guide it does not give hope even with the fact that in some areas previous governments fared incrementally better. Our historical experience reminds us that collapse of a government before completion of its term has led to conditions getting worse and non-democratic forces becoming more powerful. Moreover, with limited options the succeeding government will have to broadly adhere to the same IMF programme to steer the country through this mega crisis.

A pragmatic policy for the opposition would be to become more active and effective in the legislatures and their committees. Both the PML-N and the PPP have some very able and experienced leadership that can contribute and lead in policy recommendations and promoting legislation. They could keep the government in check and win the support and confidence of the people. This would be the most effective way of placing themselves as a better alternative in the next elections and in the eyes of the public. Taking the proposed route of forming alliance that is politically disruptive could seriously derail democracy. Our political history bears witness that movements have largely weakened rather than strengthened democracy. It is the political leaders’ responsibility to be mindful of the consequences that could occur by adopting populist politics. Infighting among political parties weakens not only the country but also diminish their chances of performing better during the next elections. Just as the economy is the life-blood of a country, politics is its soul and strength.

Our media needs to step up its role in focusing on the several challenges that the country faces and recommend solutions. Some channels are already doing it commendably but this has to be broad based. It is extremely important that the media is allowed to retain its freedom of expression that it is supposed to enjoy as an important pillar of democracy. Any suppression of authentic news or progressive ideas will thwart our feeble democracy.

This government due to internal weaknesses, lack of governing experience and external pressures has been compelled to rely heavily on technocrats with politicians being sidetracked. This is not the first time that it has happened in Pakistan but it reflects some major structural weaknesses. First, that some of our politicians though can win elections but lack the ability to hold important portfolios. Second, international organisations—the IMF, the World Bank, and major countries especially the United States would be more comfortable dealing with international bureaucrats.

We need to seriously ponder that a nation of 220 million people and a nuclear power has to struggle to seek a paltry six billion dollar loan from the IMF. Our state of decline could be assessed from the fact that China’s reserves are over a trillion dollars and that of India’s in 2018 stood at over four hundred billion dollars. Bangladesh’s had been thirty-three billion dollars.

We need to realise that if the country gets embroiled in politics of agitation, sectors that need to be restructured and reformed on a priority basis especially education and health will be sidelined. Efforts to modernise and restructure the FBR and other state institutions would also suffer. External pressures will intensify.