Senate panel review­s measur­es to curb the menace in univer­sities
By Our Correspondent
Published: May 22, 2019
Tweet Email 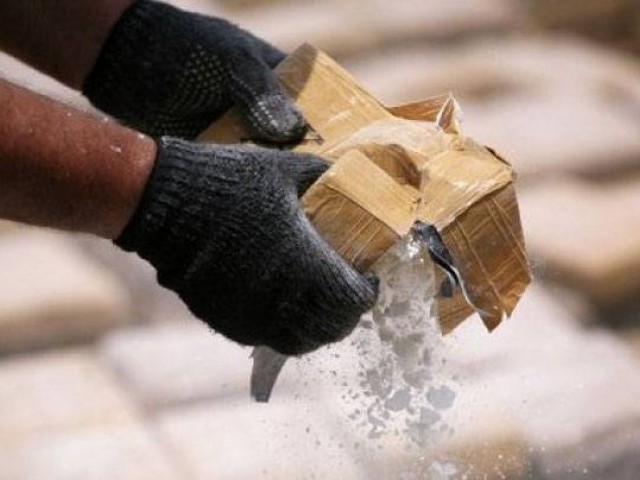 ISLAMABAD: Senate Standing Committee on Narcotics Control met at Quaid-i-Azam University Islamabad on Tuesday to discuss the steps being taken to curb drugs on campuses.

Senator Lt Gen (retd) Abdul Qayyum chaired the meeting in which detailed discussion was held on the research on stopping the sale of narcotics in educational institutions.

The meeting discussed concrete steps taken to prevent the use of drugs in the youth studying in universities.

Speakers of the interactive session titled “On Campus Drug Abuse in Metropolitan Cities of Pakistan” called for collective efforts as community to deal with the problem of drug menace.

They also proposed that legislation shall be made exclusively on the prevention of drugs in an educational institution and to be enforced in all provinces including a compulsory drug test of students.

The session was held here in the Department of Sociology, Quaid-i-Azam University (QAU) to discuss the issue of drug abuse and to understand the perspectives of the students and faculty members.

The chief guest of the interactive session, Senator Qayyum stressed on the engagement of the youth in drug preventive measures.

He highlighted that youth was the wealth of any nation and can play a significant part in the reduction of the menace currently faced by the nation.

He said Pakistan was hit by drug abuse in the South Asian region, so collective efforts were required as a community to deal with this problem.

Prof Dr Muhammad Ali, Vice Chancellor QAU, highlighted the role of the teachers in sensitizing students regarding the consequences of drugs usage.

He also lauded the efforts of the department for organizing an interactive session on such an important issue.

He proposed that legislation shall be made exclusively on the prevention of drugs in the educational institution and to be enforced in all provinces including a compulsory drug test of students.

He also stated that there was a need to devise regulation for media content as most of the youth get motivated by the glamorized portrayal of delinquent behaviors in media, as smoking and drugs have been a permanent feature of media projects.

Later Brig Syed Mubbashir Hasan Kazmi explained the role of Anti-Narcotics Force (ANF) in handling the issue of drug abuse. He highlighted that in 2018, 17,000 cases related to narcotics were registered and seventy to eighty thousand criminals involved in drug related crimes were arrested. However, he asserted that there was still a need to enhance the capabilities of ANF.

Seven arrested for looting houses in guise of servants