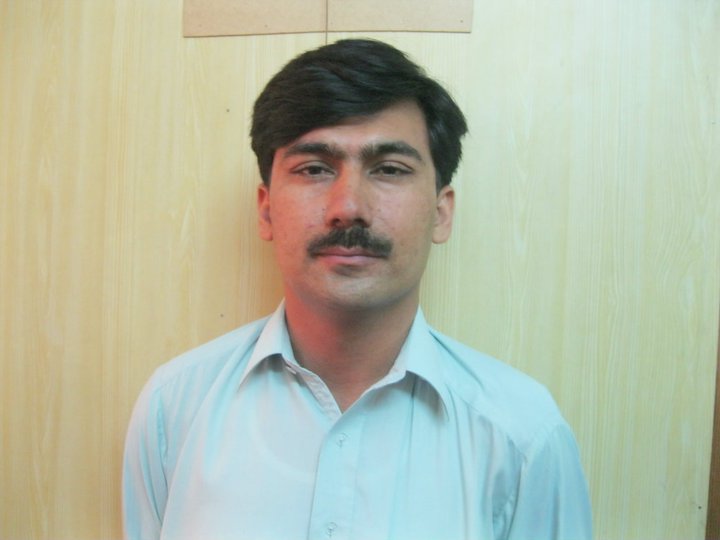 PESHAWAR: Aftab Ahmad still feels the absence of his journalist friend, Arif Shafi, in his life. He particularly misses him on his birthdays or other special events.

On April 29, 2013, Arif Shafi, along with 10 other people, was killed in a suicide bomb at Peshawar’s Arbab Road. Two Afghan diplomats were also among the dead.

“Shafi was a very close friend of mine. He was a great person as well as a dedicated journalist, Aftab Ahmad recalled with a heavy heart. “Terrorism not only took Arif’s life but also snatched a loving and caring father from his children.”

Like Arif, hundreds of innocent people have lost their lives in different terrorist attacks and their families are still mourning their deaths across Khyber-Pakhtunkhwa and the erstwhile FATA.

“Being a colleague and friend, it’s not easy to forget such a loving and caring person like Arif Shafi,” Aftab lamented.

Although he earlier worked with the Police department and later switched his field, Shafi – who died at the age 37 – was passionate about journalism. 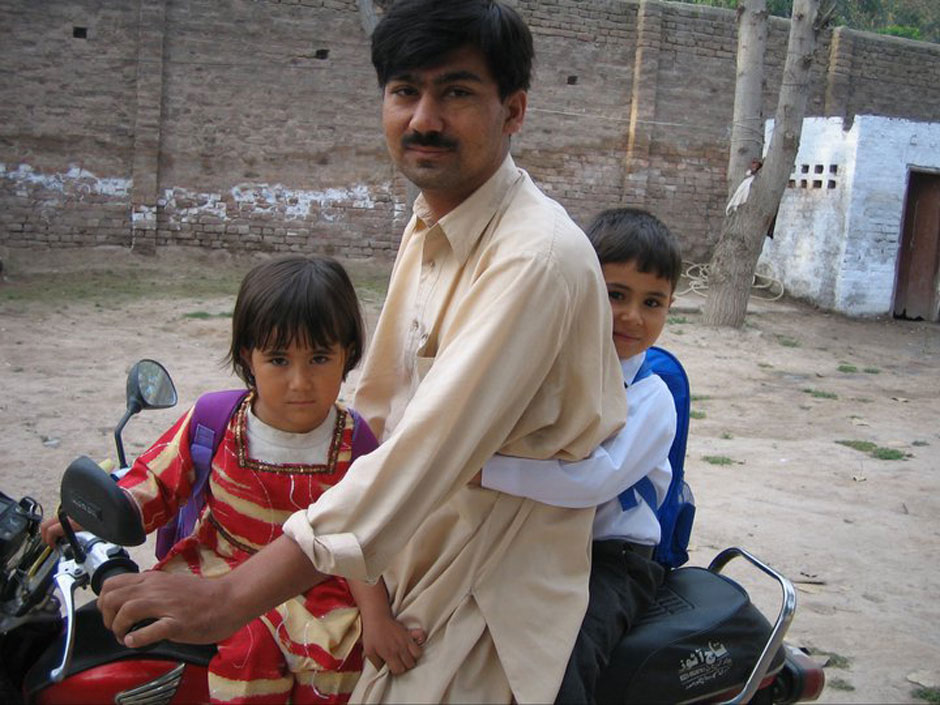 Starting his carrier as a trainee reporter with an English newspaper in Peshawar, Shafi also worked as a freelance reporter for Pak-Afghan Cross Border Transmission (PACT) Radio. After that, he moved to Kabul and started a job with an Afghan News Agency as a subeditor. After his year-long stay in Kabul, he moved back to Peshawar and started writing for UPI Next and other national and international newspapers.

“Arif Shafi was very happy when he was appointed as the coordinator for Afghanistan Today, a project of Media in Cooperation and Transition (MICT) Germany, where he worked on Pak-Afghan border issues,” Aftab Ahmad told The Express Tribune.

The slain journalist was always eager to look for interesting news stories and on the fateful day of April 29, 2013, he told his friend Aftab that he forgot to buy the newspaper for the day. As a result, he headed to a newspaper stall situated at Arbab Road in Peshawar’s University Town when a suicide bomber rammed into an explosive-laden motorbike to kill ten innocent people.

Arif Shafi wasn’t the only journalist who lost his life during a suicide attack but according to a study conducted by a group of international physicians’ organisation, more than 45 journalists have been killed in Pakistan from 2004 to 2013 as a result of the US-led War on Terror (WoT).

According to a report compiled by Pakistan Press Foundation (PPF), 72 journalists and media workers have lost their lives in the line of duty since 2002. Of these, 47 have been deliberately targeted and murdered for practising their profession, while others were killed while covering dangerous assignments. 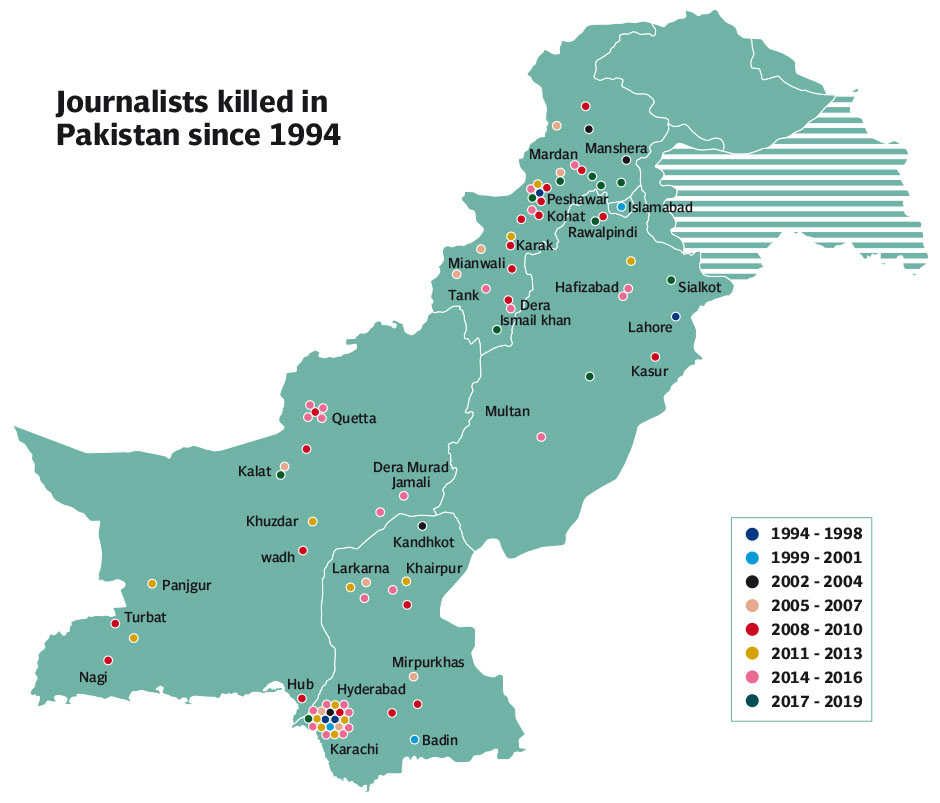 The report titled “Body Count: Casualty Figures after 10 Years of the ‘War on Terror said that from 2004 to 2013,’ further revealed that at least six journalists were killed in the line of duty during the first four months of April 2013, of which two journalists were deliberately targeted because of their work, while the remaining four were killed in suicide blasts.

“We still remember our brother Arif Shafi as he was like a father figure to us. He was kind, compassionate and a very responsible person, who did everything he could to educate us despite our critical financial situation,” said Kashif Khan, the younger brother of Arif Shafi.

“Whenever my nieces ask me, ‘where is our father?’ I go speechless. However, I tell that he has gone to heaven and he is very happy over there,” Kashif said, with tears forming in his eyes as he recalled the tragic death of his brother.

He added that after the death of Arif Shafi, the Peshawar Press Club, District Government and a German organisation provided compensation to his family.

“Arif Shafi had always wished to educate his children in good schools and provide every facility to them but his wishes could not be materialised during his life,” Kashif said.

While sharing his experience of working with Arif Shafi, senior journalist and former general secretary of the Peshawar Press Club Yousaf Ali told The Express Tribune that Arif was an excellent Journalist, adding that the PPC provided a handsome compensation of Rs300,000 to the family of the slain journalist.

The executive director of freedom Network Iqbal Khattak said that Pakistan is a country where journalists are not safe because the freedom of speech and the freedom of the press are still facing challenges.

He explained that the current Pakistan Tehreek-e-Insaf (PTI) government is serious about resolving the issue of journalists, adding that he hopes that the recommendations his organisation provided to the government for the safety of journalists will soon be implemented

“We recently met with the former federal minister for information Fawad Chaudry as well as with some senators and they assured us that the suggested guideline for journalists’ safety will be implemented soon.

Speaking on the matter, K-P’s minister for information Shaukat Yousafzai said that the KP government and the federal government believe in freedom of expression and freedom of the press.

“Before joining politics, I was also a journalist so I know the problems that journalists in Pakistan face. We are, therefore, taking steps to ensure journalists’ safety.”

He also said that the K-P government conducts regular meetings with the Peshawar Press Club president and other registered body members of the union and takes their suggestions regarding the safety of journalists.

“The government tries its best to implement the suggestion so as to ensure that journalists work in a safe and secure environment and perform their duties without fear,” he said.

“Pakistani journalists, especially those from Khyber-Pakhtunkhwa and ex-FATA, have lost their lives because of the WoT and their sacrifices – rendered to uphold the truth against all odds – will never be forgotten.

Riaz Khan, investigation officer at the University Town Police Station told The Express Tribune that on April 29, 2013, an FIR was lodged against unknown assailants for carrying out a suicide attack which killed ten people and injured scores of others.

He further added that even after six years, the case has seen no progress and no investigation has been carried out. Subsequently, terrorists who killed so many innocent people are still at large.

“We believe that the martyred will never be forgotten and the sacrifice of our brother, Arif Shafi, will always be remembered,” Kashif Khan concluded.