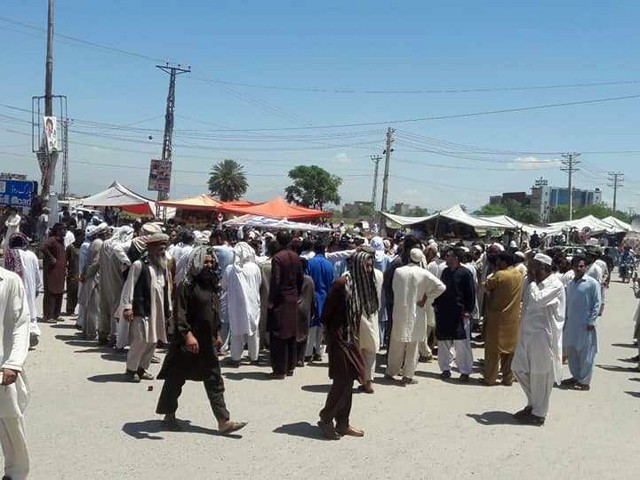 ISLAMABAD: Police have recovered the body of a 10-year-old girl from bushes on the edge of Islamabad.

As the harrowing details of the gruesome incident unfolded, it transpired that the girl was sexually abused before she was murdered and her body left to decompose in the bushes in the jurisdiction of Chak Shahzad police station.

The 10-year-old girl – identified by the police as Farishta – was the daughter of Gul Nabi, who hails from Mohmand tribal district.

According to bereaved father, the girl went out of her house, located in Ali Pur Bank Stop area, to play with her friends on May 15, but didn’t return.

After failing to find her, the family feared that she might have been abducted. Subsequently, they reported the matter to the local police, who refused to file the first information report (FIR), thus delaying the search for the girl.

The father claimed that he had visited the Shahzad Town police station several times with a request to lodge the FIR – but to no avail.

The aggrieved father alleged that he had been mistreated by the police every time he visited the police station.

To add insult to the injury, the SHO and IO (investigation officer) accused the 10-year-old of eloping with the man who later abused and murdered her.

Four days later, the police registered a kidnapping case after the family and relatives of the girl staged a protest outside the police station. And the next day, on May 20, the girl’s decomposed body was recovered from the bushes.

The family and relatives placed the body on the road at Taramari Chowk on Tuesday in protest against the alleged police inaction. They said timely police action could have saved the life of the 10-year-old girl.

Nabi claimed that his daughter’s body bore torture marks and that she had been sexually molested before she was murdered. According to him, the killers had also thrown acid on his daughter.

National Assembly Speaker Asad Qaisar and PM Adviser Ali Awan negotiated with protesters who called off their protest after getting an assurance that the culprits would be arrested soon.

Anchor Zarar Khuhro recalled the case of Zainab Ansari, a six-year-old girl who was raped and murdered in Kasur in January 2018, saying the government had swung into action only after politicians agitated the issue.

Normally I would say 'dont politicise this issue' but if it takes exactly that to get a GODDAMNED fir registered then politicise away! Same thing happened in zainab case…govt only woke up when tahir ul qadri and others jumped in #JusticeForFarishta

Update: Just spoke to @ShireenMazari1 she is following up the case closely, Postmortem has been done and there will be an update on FIR soon. #justiceForFarishta https://t.co/VtTxwphnKH

Taking notice of the incident, Interior Minister Ijaz Ahmed Shah ordered authorities to take strict action against the culprits. He also directed the Islamabad police chief to submit a detailed report at the earliest.

Meanwhile, the Islamabad police chief suspended the SHO Shahzad Town police station and ordered a departmental inquiry against him for delaying registration of FIR. He also formed a two-member probe team headed by a DIG to arrest the culprits at the earliest.