As shares and the Indian curren­cy surge on expect­ations of a new term for BJP
By AFP
Published: May 20, 2019
Tweet Email 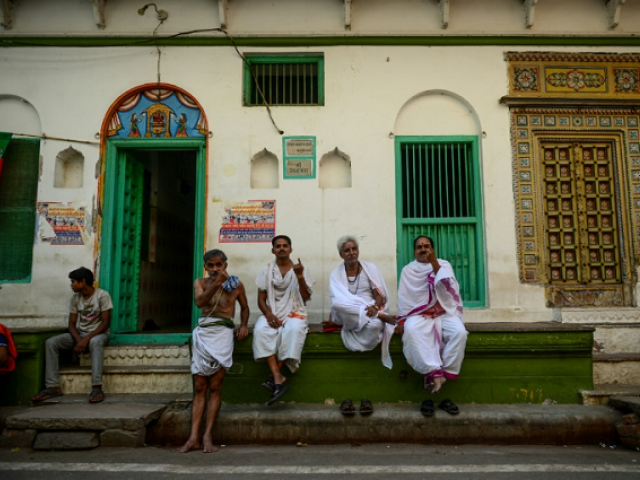 NEW DELHI: Exit polls from India’s marathon election showed an “overwhelming” vote in favour of a new term for Prime Minister Narendra Modi, his party said on Monday as shares and the Indian currency surged on expectations of a new term. 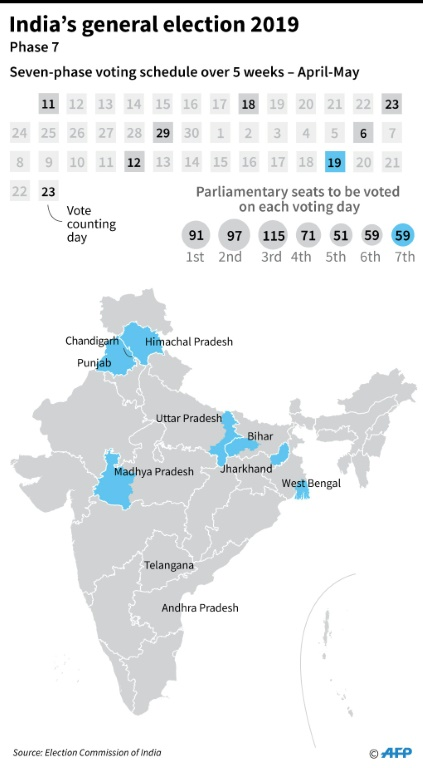 While opposition parties refused to give in and the country faces a nerve-jangling three day wait until the official count begins, most media polls said Modi’s Bharatiya Janata Party (BJP) and its allies would secure enough seats to form a new government after the world’s biggest election.

The seven rounds of voting over six weeks ended on Sunday with about 65 percent of the 900 eligible voters taking part, the election commission said.

Modi, who fought an acrimonious campaign framed around his tough national security stance, and other top BJP leaders made no immediate claim of victory.

The nationalist leader spent the weekend at a retreat in the Himalayas. He posted a Twitter picture of himself in a Hindu saffron robe looking out over the mountains.

Party spokesperson GVL Narasimha Rao said however the polls “clearly show a huge positive vote for the leadership of Narendra Modi who has served the country with unmatched dedication”. 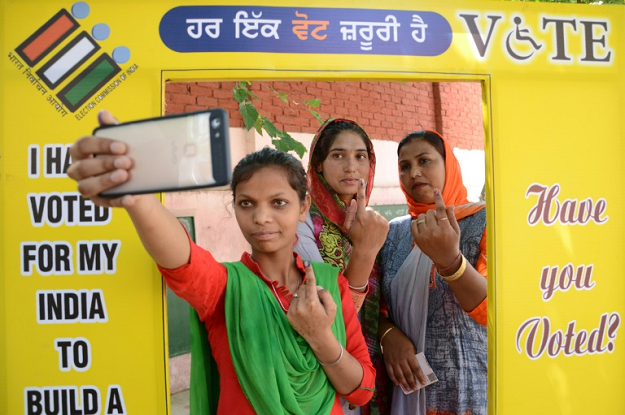 the vote increasingly became a personal referendum on one of India’s most popular and divisive prime ministers ever. PHOTO: AFP

“That people reward good performance has once again been proved by the overwhelming public mandate. This is a slap for the abusive opposition that made baseless charges and spoke lies,” he added.

The Bombay Stock Exchange Sensex Index surged 2.69 percent in morning trading while the Indian rupee strengthened to 69.54 per dollar from its Friday close of 70.22.

“The markets are happy that the same government with Modi at the helm may come back and there is no political uncertainty. The BJP and Modi are seen as pro-business and pro-reform,” Ashutosh Datar, a Mumbai-based economist, told AFP.

Traders said the rally may not last as the Indian economy has long term problems.

Most polls predicted the BJP would lose some seats but still form a government.

The BJP won 282 seats of parliament’s 543 elected seats in its 2014 landslide triumph and with allies had 336 seats. Leading polls projected the BJP-led alliance winning between 282 and 313 seats this time.

The opposition Congress party was predicted to double its 2014 tally of 44 seats – a historic low since India’s independence in 1947 – but still fall far short of a claim to power. The party pointed to the unreliability of polls in previous elections. 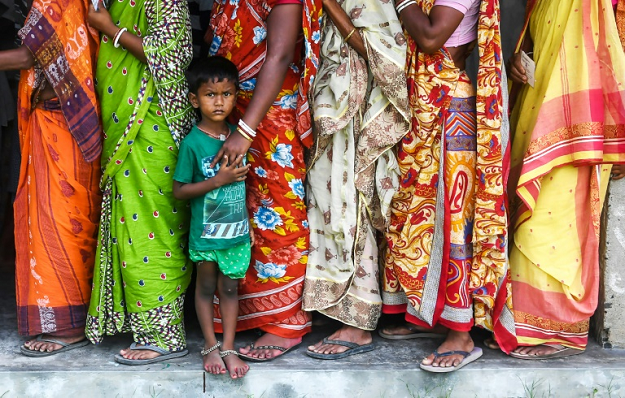 Indian voters queue to cast their ballots on Ghoramara island, south of Kolkata, after a BJP campaign that projected Prime Minister Narendra Modi’s strongman image while the Congress-led opposition accused him of divisive policies. PHOTO: AFP

The opposition led a campaign onslaught on Modi’s handling of the economy and failure to create jobs.

But the vote increasingly became a personal referendum on one of India’s most popular and divisive prime ministers ever.

The 68-year-old leader went to scores of rallies across the country to fire up his Hindu base and turn the campaign into a debate on national security following tit-for-tat air raids with Pakistan in March. 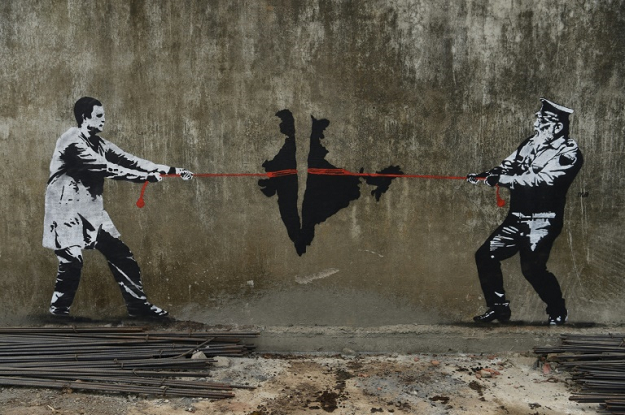 Gandhi, 48, attacked Modi over alleged corruption in a French defence deal and the plight of farmers, as well as on the economy.

Modi’s government has fallen short on creating jobs for the million Indians entering the labour market every month, while the shock introduction of a sudden ban on high-denomination cash in 2016 disrupted business and Indian banks are struggling with huge bad debts. 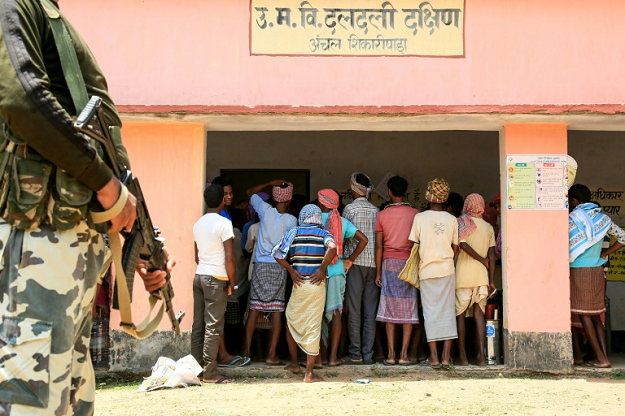 Modi’s government has fallen short on creating jobs for the million Indians entering the labour market every month. PHOTO: AFP

Hostilities spilt over again on the final day of voting.

Tens of thousands of security forces guarded polling booths in West Bengal state on Sunday where the BJP has made a push against the regional Trinamool Congress party.

An improvised bomb was thrown at one Kolkata polling station and security forces intervened to stop supporters of the BJP, communists and other parties from blockading voting booths across the state capital.

In Madhya Pradesh state, in central India, a BJP worker was allegedly shot dead by a Congress official in Indore, police told media.

The Delhi-based Centre for Media Studies estimates that parties have spent more than $7 billion on the election, making it one of the most expensive campaigns held in the world.

Much of the cash was spent on social media, where the parties used armies of “cyber warriors” to bombard India’s Facebook and WhatsApp users with messages.