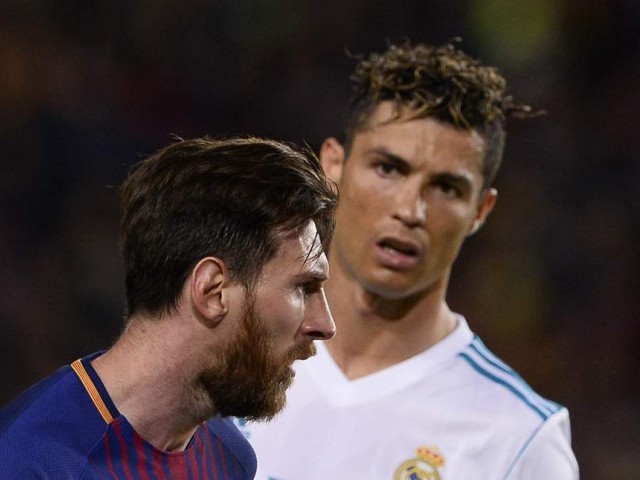 The rivalry between Barcelona star Lionel Messi and the Portuguese forward Cristiano Ronaldo continues after the former breaks his all-time club record for most goals.

Messi scored twice on the last day of the 2018-19 season of La Liga as the Catalans drew 2-2 against Eibar.

Messi v Ronaldo: Atletico coach Simeone explains who is better and why

The brace pushed the Argentinian one goal clear of the Juventus striker, as the latter had scored 601 goals in 805 senior-level club competitions.

Messi now has 602 senior-level goals to his name with 686 game under his belt for his Spanish club Barcelona.

Earlier, Messi completed 600 goals for the Catalans during the first leg of the Champions League semi-final against Liverpool, courtesy a brace — a tap-in and then a superb free-kick.

While Messi continues to be a one-club man, Ronaldo had amassed all those goals during his six season appearances for Manchester United, nine at Real Madrid and now with the Serie A giants Juventus.

Messi, while beating Ronaldo’s record, also ended up bagging the Pachichi award after being the top-scorer in the recently ended La Liga season.

Ronaldo on the other hand was declared the ‘Most Valuable Player’ of the 2018-19 Serie A season.

Messi v Ronaldo: Mario Balotelli weighs in on the debate

However, if statistics are any proof for who was better this season, in Europe at least, then Messi is currently in the running to win the European Golden Shoe award with 36 league goals this season — four more than the second-placed PSG star Kylian Mbappe.