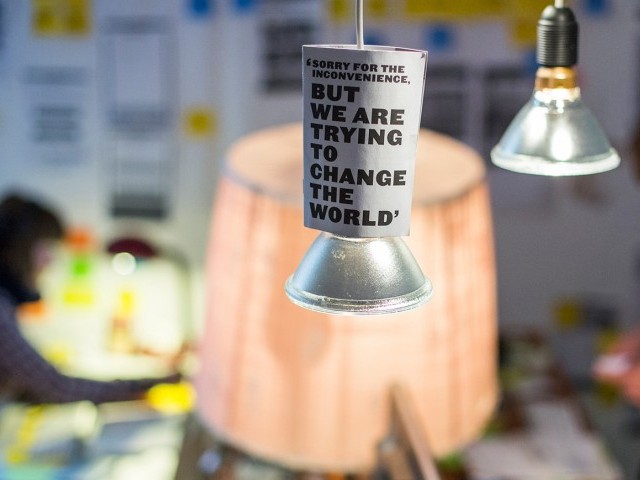 ISLAMABAD: Careem is the first Pakistani unicorn. Oh wait. No. Mudassir Sheikha is Pakistani but the co-founder is not. And the company started operations in Dubai.

Uber bought it for over $3.1 billion, but where will the money go? How will it affect the next cycle of Pakistani entrepreneurs?

Let’s look at another example: Elastica. The founder, Rehan Jalil, is Pakistani who sold it for $280 million to Blue Coat (later Symantec).

KeepTruckin’s founder and CEO Shoaib Makani, if you haven’t guessed it already, is Pakistani. KeepTruckin recently raised $149 million at a $1.4 billion valuation. Raghib Hussain sold Cavium to Marvell for $6 billion. Khalid Raza sold Viptela to Cisco for $610 million. And so on.

We keep hearing stories of how Pakistani founders are not good enough, investors are not mature enough, incubators don’t do their job well enough, the ecosystem is not supportive, talent is missing and that, if we fix all this we will get there.

Evidence suggests Pakistani founders can build great companies and capital is abundant. But Pakistani founders are creating value that is being captured by other countries. And that’s where the problem is. The question we should be asking is: what do we need to do to encourage Pakistani founders to build companies here? What are the missing pieces that force every generation of successful Pakistani entrepreneurs to go outside? More importantly, what holds back the entrepreneurs who don’t follow the “build here, sell there” model?

The greatest hurdle to wealth creation is public policy. Unless we fix the issues around the rule of law, taxation, corporate governance, capital flows and risk mitigation, we can’t and we won’t capture value here. If we don’t do that, the next cycle of entrepreneurs will not get the support they need to succeed, and we will be stuck in this never-ending search for the True Pakistani Unicorn.

The standard narrative in Pakistan is too few filers, too many tax thieves and not enough fiscal space for the government to make life better for such a huge population. But have we looked at how the current taxation system affects enterprises and economic growth?

Withholding tax is a transaction tax disguised as an income tax. This 8% to 17% tax on transactions is a massive obstacle to business-to-business trade. It would be better to have 40% income tax as a business will only pay this if it makes money.

Tech-savvy youth ready to change the face of Karachi

The current tax regime doesn’t tax you on income; it punishes you for engaging in economic activity.

Similarly, a 13% to 16% tax on services is another barrier to transactions. Since businesses have to pay sales tax once the invoice is issued and the payment has not been received, it also affects liquidity of small businesses.

This transaction repressive tax regime leads to another unfortunate outcome – instead of partnering and outsourcing, businesses are forced to in-source everything – which makes them less competitive globally because they fail to build the required level of in-house expertise to compete in international markets.

There is a need to reduce sales tax on services and the withholding tax should be gradually phased out. We should focus on collecting more taxes from increased economic activity instead of negatively impacting local trade via taxation.

Similarly, due to cumbersome foreign exchange control regulations, businesses can’t take money out of Pakistan comfortably within the current framework. We want to grow our exports and compete with the world, but we don’t allow our businesses to expand their foreign presence.

So the only way forward for globally-oriented businesses is to register a separate entity outside Pakistan and manage global growth with that entity. That also means that they keep most of their growth capital and profits outside Pakistan and only bring in what is needed to run operations.

Investors having capital are also scared of crossing into Pakistani borders. Not only do we lack investor protection from a legal perspective, we also don’t allow capital to move out freely. Unless we fix our approach to the movement of capital, Pakistan cannot become the innovation factory of the world.

Allow businesses to keep their export earnings in dollars and spend them as they like, allow investors to bring capital in and out easily and let Pakistan’s economy flourish as part of the global marketplace. We should focus on being globally competitive instead of building walls to save ourselves from world markets.

It’s not working and it won’t work. We need a pro-trade and pro-enterprise approach if we want to prosper. Our focus has to be on achieving a consistent trade surplus to ensure we can sustain any shocks.

Is there a legal concept of sweat equity? Can businesses give employee share options? Do we have provisions for vesting? Can shares be transferred easily? Can companies be closed if a venture fails? Do we have the appropriate legal framework for venture funds? Why are public markets not growing and why do we fail to capture value in our country?

Unless we address the above issues, there is no possibility of building unicorns in Pakistan. Unless our regulators take a pro-enterprise approach and shift from a “system of control” to an “ecosystem of enablement”, our entrepreneurs cannot compete with the world and create prosperity in Pakistan.

Contrary to popular opinion, the entrepreneurs and investors don’t like risk. So they look for opportunities and markets with the least amount of risk involved and legal protection is directly proportional to risk mitigation.

Since Pakistani justice system has a history of taking quite a long time to come to decisions, investors and entrepreneurs don’t feel confident contracts can be enforced. This leads to an environment of distrust and creates further friction in the market.

What should we do? We should set up parallel, trustworthy and swift contract courts that follow practices and timelines comparable to successful markets. Trust is the key ingredient for unlocking capital and it has very little to do with culture. It has everything to do with contract enforcement by the state. We should stop ignoring this major roadblock in our economic prosperity.

Pakistani founders will continue to build companies and change the world. While these companies will reach multibillion-dollar valuations, they will be registered in Singapore, Dubai, Amsterdam and Delaware. Unless we remove obstacles and incentivise founders to set up shops here, their success will not translate into Pakistan’s success.

Tech start-ups can transform Pakistan’s economy – but only if we let them.

With half of our population living in poverty without sufficient nutrition or proper shelter, we must master the art of wealth creation. A prosperous country can take care of its citizens and a poor country will keep looking to others for support.

Shahjahan Chaudhary is the Director of National Incubation Centre, Karachi and Naveed Iftikhar is a public policy adviser and research fellow having interest in entrepreneurship, cities and public sector governance