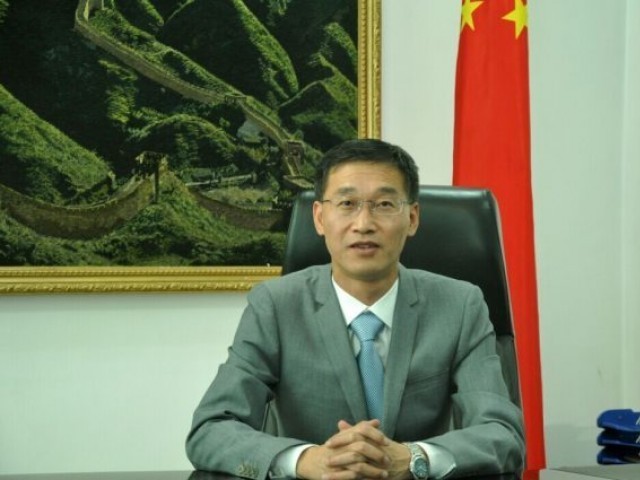 LAHORE: Punjab, being the largest province of Pakistan, will be the epicentre in the second phase of the China-Pakistan Economic Corridor (CPEC), announced Chinese Ambassador to Pakistan Yao Jing.

In a meeting with the Punjab industries minister, industries secretary and Punjab Board of Investment and Trade (PBIT) CEO on Saturday, the ambassador stressed that Punjab mattered immensely in executing CPEC projects because it enjoyed advantage in every sector.

“Every time I visit Lahore, I connect with industries, agriculture and tourism ministers because this province has its own potential in agriculture and agri-business where it can perform better,” he said. “The next phase of CPEC needs to be successful and success comes Yao Jing calls Punjab epicentre of CPEC phase-II)
from Punjab, so let’s start it from Punjab.”

‘CPEC not a transaction but transformation of society’

Punjab is considered the leading province of Pakistan primarily due to its huge size and population base which, according to the 2017 census, crossed 110 million out of over 208 million population of the country. When CPEC was initiated, Punjab was criticised by other provinces because then premier Nawaz Sharif hailed from Punjab and he was blamed for routing maximum investments to the province in a bid to further secure his party’s vote bank for 2018 general elections.

The ambassador continued that Punjab already enjoyed a good reputation in China and invited business delegations from Pakistan to cities other than Shanghai and Beijing to explore lesser known provinces which, though small, had advanced Special Economic Zones.

“Adviser to Prime Minister on Commerce Abdul Razak Dawood sends a delegation of traders and businessmen to China every month following Imran Khan’s recent visit to the country,” the ambassador highlighted.

He appreciated that Punjab had already worked a lot on the ease of doing business and had offered new incentives under different policies.

“Provincial ministers should focus on allied provinces and take business delegations there to collaborate with them just like Singapore is doing; I will facilitate the delegations,” the ambassador added.

Yao said a lot of opportunities were emerging in the textile sector under the second phase of China-Pakistan Free Trade Agreement.

“I come from a small town in southern China where the biggest producer of socks is now looking to relocate its manufacturing facility due to the trade war and increased tariffs,” the ambassador said.

“They can relocate to Pakistan and the country can produce socks as well as get access to the European region.”

He offered complete support to Pakistan in conducting road shows in China, which could be fruitful to Punjab in general and Pakistan in particular in terms of joint ventures.

The ambassador turned down the request of forming joint ventures with Chinese mobile phone manufacturers in Punjab.

“Prime Minister Imran Khan also tried to convince Huawei to establish a mobile phone factory in Pakistan but profit margins are very limited in this business and such things need sharp calculation of policy and space of benefits,” he argued.

He pointed out that the company had already established a new factory in India a couple of years ago to cater to the entire region.

Nevertheless, Yao took great interest when the PBIT CEO asked him to collaborate in the tourism industry of Punjab by inviting Chinese hospitality giants to facilitate Chinese tourism in Pakistan.

“This is an area where we can offer assistance as we have several big groups in China’s hospitality sector, which currently have surplus supply,” he added.

Simultaneously, he advised the provincial managers to focus on the agricultural base, its allied processing industries and the livestock sector and expressed China’s desire to import meat from Pakistan under the second phase of FTA.