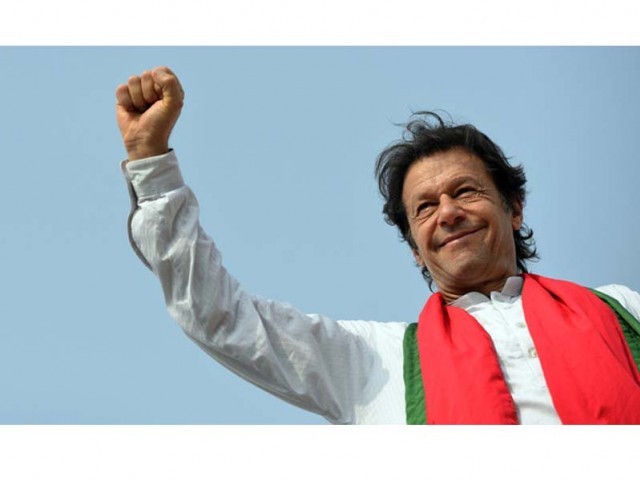 The PTI’s honeymoon is over but can this marriage last, for at least five years? If you believe the panicky media narrative, the ‘saas’ who selected the bride for an arranged marriage is not happy with the way the kitchen is being run today.

The media often talks about the PTI’s U-turns but conveniently forgets about its own historical U-turn in the rise and fall of PTI’s political fortunes. For the last 10 years, the PTI’s biggest cheerleader has been a boisterous (and relatively free) press, which has constantly attacked both the Zardari and Nawaz governments, while raising the political consciousness of the Pakistani youth.

The PTI could not have swept into power without the support of the press, which gave round-the-clock coverage to the dharnas and Panama leaks and fuelled the fire of anti-status quo politics, sparked by Imran Khan. Now that the PTI is in power though, the media has U-turned its guns on their own darling from yesteryear. A picture of doom and gloom is being painted around Naya Pakistan today — like things are getting out of control; the economy is crashing; the government won’t last another six months; and everything is a disaster.

A narrative forces all facts to tell a singular story. But facts around Naya Pakistan are messier than the narrative being projected. It’s simply too early to come to a conclusion on whether the Naya Pakistan project has failed or will fail. Imagine, trying to judge the outcome of a five-day Test match from the score on day one, even before the tea break. The only reason you would make ridiculous predictions so early is because you need to the fill the air as a commentator. Thankfully, cricket players can’t hear commentators as they play. Unfortunately, that’s not the case for the players in this government.

Yes, there are dark and ominous clouds hovering over Naya Pakistan. The darkest cloud of them all is the economy. However, there are bright spots too, which are getting lost in this singular media narrative. Pakistan’s foreign policy game is on fire. Whether it’s securing billions of dollars in aid from friendly countries or smashing India’s national security calculus in a limited conventional battle with the Abhinandan coup or peacefully defusing a war-like situation, the PTI has done well.

Similarly, the historical nature of the Fata bill, passed earlier this week, is quite unbelievable. The fact that the bill was tabled by Mohsin Dawar, championed by Imran Khan and passed unanimously across political lines is a strong endorsement of our parliamentary democracy in action. This comes on the heels of passing the bill to end childhood marriage, despite spirited opposition from all the usual and unusual quarters.

Even within the darkest cloud, the economy, light is beginning to seep in, with imports down sharply, an IMF deal in the bag and an inspired choice for chairman FBR. Perhaps the biggest contribution the PTI has made to date in developing Naya Pakistan is keeping the populace politicised even after elections and having them engaged in the reform process.

Typically, politicians engage people every five years when it’s time to ask for votes but PTI voters aren’t giving their government this space or patience. While this results in blistering attacks on the PTI in the short term, this is great for our polity in the long term.

All that said, can Naya Pakistan still have a happy ending in 2023 and make up for its tentative start? The simple answer is yes, anything is possible at this stage. If we undertake painful economic reforms over the next two years, the economy will rebound in the second half of the PTI’s term.

Personal politics aside, it’s in all our interests to see this government succeed. And if the PTI doesn’t succeed, they should be booted out in 2023. Meanwhile, we should invest at least half the energy we spend on predicting the PTI’s downfall, more productively, into finding ways we can personally contribute to help this government succeed. At the end of the day, we are all playing for the same team.