Former SSP’s counse­l says his client wants to visit his family­
By Our Correspondent
Published: May 17, 2019
Tweet Email 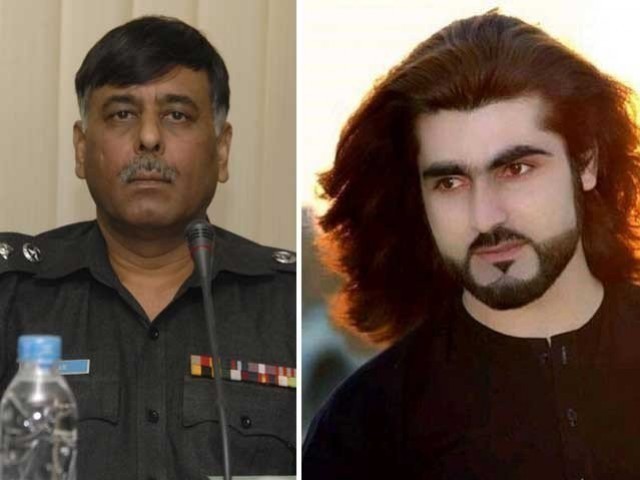 ISLAMABAD: The Supreme Court on Thursday directed former SSP Rao Anwar to resubmit his review petition seeking omission of his name from the Exit Control List (ECL) as well as the earlier court order to keep his name on the no-fly list.

A three-member bench of the apex court, headed by Justice Umar Ata Bandial, heard the case.

Anwar is accused of being involved in the murder of Naqeebullah Mehsud, an aspiring model and shopkeeper from South Waziristan, and others in a fake encounter in Karachi, but is currently out on bail.

During the course of proceeding, Justice Bandial asked the counsel, representing Anwar, that why a former police officer wanted to go abroad. “Does he run a business abroad?” he asked.

He said his client was granted bail but later his name was placed on the ECL. The counsel also referred the case of former president Gen (retd) Pervez Musharraf, who had been allowed to go abroad.

Justice Bandial observed that there was a process to get names struck off the ECL, but the counsel wanted the name to be removed just because Anwar was on bail.

Justice Faisal Arab remarked that the counsel claimed that there was no other First Information Report or inquiry against the accused but newspapers reported otherwise.

Faisal Siddiqui, the counsel for Naqeebullah Mehsud’s father, said the National Accountability Bureau had already launched an inquiry against Anwar pertaining to assets beyond known sources of income.

When asked about further inquiries, Anwar’s counsel admitted that multiple things were in progress pertaining to the killings of 444 people.

Later, hearing of the case was adjourned till date in office.

Gilani gets exemption from appearance in corruption case