Over 250 showro­oms close in Lahore over past two months, 400 more under threat
By Rizwan Asif
Published: May 17, 2019
Tweet Email 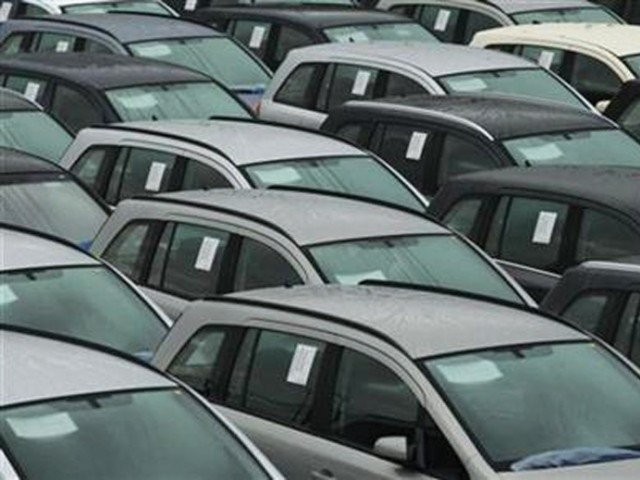 LAHORE: The increasing price of the dollar and petroleum products, coupled with a strict import policy, have evidently reduced people’s ability to buy local and imported used cars, sales of which are estimated to have decreased by 60%.

In Lahore alone, around 250 showrooms have shut down while market players say that if the trend persists, another 400 could close within a few months. The city had around 1,200 showrooms operating at the start of the year.

After losing billions due to reduction in sales, car dealers have started looking for other business options while the decrease in car sales has also affected spare parts and auto workshop businesses.

VavaCars revolutionises the way ‘used cars’ are traded in Pakistan

According to details, Lahore is second only to Karachi in used car sales. There were more than 1,200 showrooms in the city where used cars were sold and purchased. Most of these were on Jail Road, Maulana Shaukat Ali Road, Samanabad and Defence.

The used car business has been on the decline for a while, but the last two months have seen a crisis-like situation.

It started when the federal government changed its used car import policy, with new complexities being cited as the reason behind car imports declining 80%. The constantly increasing dollar also made imported used cars less affordable for buyers and less profitable for importers.

Reconditioned Japanese cars used to make up a large chunk of the imports, because of their reputation for reliability and comfort, and also because they were considered superior to locally manufactured small cars.

The prices of even the cheapest used 660cc cars have now gone well past the Rs1 million mark, putting them well out of the most people’s purchasing power.

Speaking to The Express Tribune, Sheikh Yasir Yousuf, a car dealer on Jail Road, said that until a few months ago, one showroom used to sell seven to 10 used cars a month, but now, sales have declined to barely one or two cars a month because of inflation and other factors.

During the past few months, the price of 1,000cc imported Japanese cars has gone up from the Rs1.3 to Rs1.4 million range to the Rs1.8 million to Rs2 million range.

Most of the car dealers have showrooms in rented spaces and pay monthly rents of Rs200,000 to Rs300,000. Even thinly staffed showrooms have at least three full-time staffers. Currently, the situation is such that showroom owners have put staff on the chopping block to stay afloat.

Sohail Manj, who runs an online car sales portal, told The Express Tribune that in Lahore, numerous showrooms have shut down and more will follow suit if the situation worsens.

He added that people who imported cars when dollar price was 103 are searching for a buyer and are often selling for losses.