News item are blown out of propor­tion, than genera­lised and the negati­vity maximi­sed
By Ikram Sehgal
Published: May 17, 2019
Tweet Email 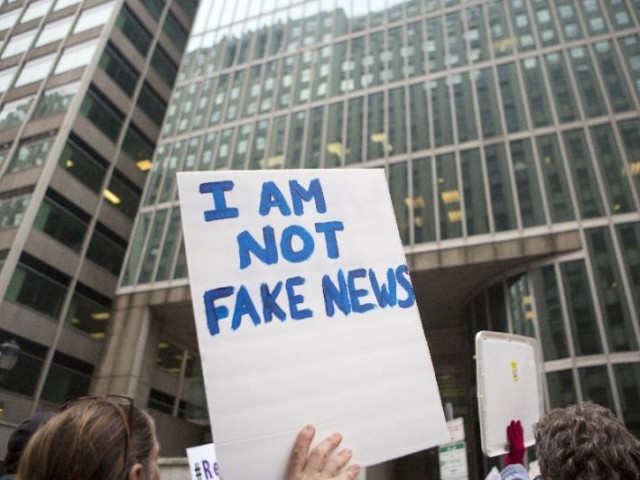 The using of all kinds of technologies and media gimmicks to diminish a person or a country has been around for quite a while. Fake news — telling plain lies or repeating unchecked or un-investigated news from other sources — is one way to destabilise, frighten or otherwise put an individual and/or a country on tenterhooks. This type of news usually doesn’t last long because the truth is found out quite quickly but the damage is usually done, particularly if the population is not literate. Vested interests have come up with a new and more dangerous technique, what we call ‘embellished news’, meaning that the gist of the news item is true but it is blown out of proportion, than generalised and the negativity maximised, thus achieving the same effect: to unsettle, destabilise and sow doubts and distrust.

One only has to look at the reporting about one of the preferred targets — CPEC and China. The terrorist attack at the PC hotel Gwadar, though deplorable was true, reporting it was not wrong, most newspapers gave the facts the ISPR disseminated. However one of our leading newspapers gave this news item half of its front page and in a box close to it ran an article highlighting the other incidents that have taken place in Balochistan in the recent past. The message that is being communicated by our “media champion” is that Balochistan is at the brink of war, people and projects there are in danger and one should better keep away from it. That is pure and simple enemy propaganda: why is their reporting about Kashmir minimal, they never question why India does not allow media-persons there or for that matter in 17 other Indian states? One of the economic columnists of the same newspaper called CPEC a “figment of imagination” in a panel discussion in front of IBA students of Karachi. The fact that the so-called Balochistan Liberation Army (BLA) is a very much diminished entity which is kept alive by foreign sponsors to defame and pressurise Pakistan, destabilise CPEC and to create unrest close to Iran. In an editorial, the newspaper followed the same theme, forgetting to mention that some of the dead terrorists were on the “missing list” (as were those who attacked the Chinese Consulate General in Karachi). India not only blames Pakistan for fomenting terrorism but also seeks to define Pakistan as a country which is not a safe place to invest in.

Another such recent embellished news has been the one about bride trafficking to China. The media started reporting that young Pakistani women mostly from our Christian community were allegedly lured into fake marriages or sold by their parents into marriages with Chinese men and brought out of the country to be later pressed into prostitution or to have their organs forcibly removed. There is certainly a grain of truth in it, Jameel Ahmad, a top official at Pakistan’s Federal Investigation Agency (FIA), dealing with human trafficking informed Reuters about arresting 12 suspected members of a prostitution ring taking young Pakistani women to China, part of a growing human trafficking problem often based on fake marriages. These included eight Chinese nationals and four Pakistanis. This was picked up by international organisations like Human Rights Watch who warned that Pakistan should be alarmed by recent reports of trafficking of women and girls to China. Al Jazeera, The Telegraph and others jumped on the bandwagon to create doubts about China’s intentions in Pakistan — and elsewhere — under the cover of CPEC. Human trafficking is a major problem that needs to be addressed. Having been on the Business Advisory Board (BAB) of the International Organisation for Migration (IOM), Geneva, I think I should know. Everyone forgot to mention that among the SAARC countries, the major trafficking in women is from India, followed by Bangladesh and Nepal. In fact, Pakistan comes after Sri Lanka.

CNN has taken up a report about detention camps in China where Uighur Muslims are detained in an effort to de-radicalise and convince them that their religion should be a private affair. One wonders why CNN is avoiding a much more violent and atrocious situation close by in India-Occupied Kashmir? Consider the bloodletting by the Indian Army there and it is indeed a major disappointment that a credible media channel like CNN is “deaf, dumb and blind” to the horrors being visited on the innocent Kashmiris. Avoiding highlighting the atrocities where it is inconvenient and highlighting them where it suits a motivated purpose is part of embellishing news for motivated purposes –another hybrid warfare technique.

With Pakistan’s longstanding friendship and partnership with China and our new commitment to CPEC, we are together with the Chinese in the line of fire. Our relations with the US touching rock bottom don’t help the situation either. Maybe it will become better as the Afghan peace process unfolds. The only way to deal with such situations in the future successfully is not to get carried away by a flood of fake and embellished news and go into the offensive and give the hidden information that has been avoided in the target news. Pakistan never in its history has given proper attention to image building and propaganda as a tool. We lost East Pakistan in 1971 not only on the political and military front but because of overwhelmingly negative propaganda side of the matter that led to tremendous international pressure. We abdicated the entire media stage to India.

Our security analysts must look at what has happened in Libya, Syria, Yemen, Iraq, and Afghanistan, etc and decide whether like-so-called “liberal” press is patriotic or motivated by our enemies to embellish the news to their own crass purpose. There is a dire need to curb the exuberance of some in our media to disseminate enemy propaganda under the camouflage of “freedom of expression”. Look at where the pursuit of “freedom of expression” has taken Libya, Syria, Yemen, Sudan (and nearly Egypt and Turkey) to! Freedom must come with restraint and responsibility. The need on the contrary is to carefully and skilfully explain to the world how Pakistan is under constant attack and train the population on how we can retaliate to such attacks of hybrid warfare.