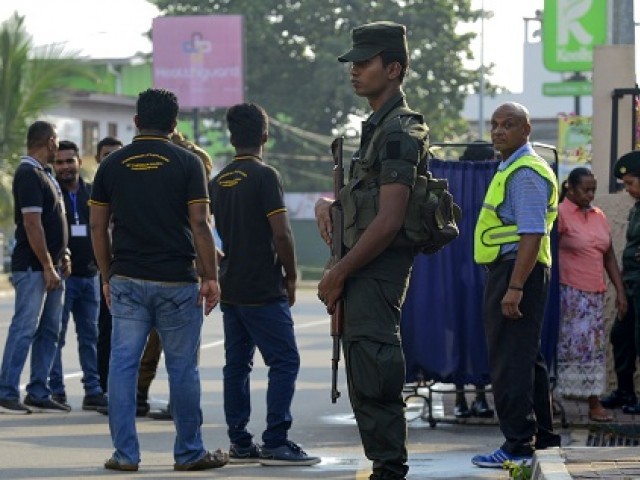 COLOMBO: Sri Lanka said on Wednesday that hardline Buddhist groups were likely to blame for a wave of anti-Muslim riots that swept the island this week in apparent retaliation for Easter bombings by militants.

The April 21 attacks, claimed by the militant Islamic State (IS) group, targeted churches and hotels, killing more than 250 people and fuelling fears of a backlash against the nation’s minority Muslims.

Authorities have arrested some 78 suspected rioters, including three described as Sinhala Buddhist extremists who had been investigated for similar actions in the town in Kandy district last year.

“These are organised attacks on Muslim business houses and premises,” Navin Dissanayake, minister of plantation industries, said during a government news conference about the security situation.

Asked who was organising the attacks, Dissanayake said: “I think these organisations that Amith Weerasinghe, Dan Priyasad, and Namal Kumara (are heading),” referring to the three Buddhist extremists arrested on Tuesday. Local media reported on Wednesday that Priyasad was released on bail on Wednesday while Weerasinghe was remanded until May 28. The status of Kumara was not clear.

A police spokesperson was not immediately available for comment on the arrests.

Muslims make up nearly 10 per cent of Sri Lanka’s population of 22 million, which is predominantly Buddhist. The Indian Ocean island was torn for decades by a civil war between separatists from the mostly Hindu Tamil minority and the Sinhala Buddhist-dominated government. The government stamped out the rebellion about 10 years ago.

In the same press conference, Ranjith Madduma Bandara, minister of public administration, said the group behind the attacks had political aims.

“This group is trying to tarnish the government’s image and show the government is unable to handle the situation,” he said, without naming the organization.

Authorities said the island was calm again, with no anti-Muslim violence reported on Wednesday.

Also on Wednesday, Sri Lanka’s army said it was investigating a video posted on social media that showed a man wearing what appears to be an army uniform walking away seconds before an anti-Muslim mob attacked a building this week.

In the video, the man stands outside the building and then leaves. Seconds later, about two dozen people, including young men wearing motorbike helmets, run over and throw stones at the building.

Reuters could not independently verify the video.

“The attention of the army has been drawn to a video clip where a person dressed in a uniform similar to that of the army was watching while a group of violent saboteurs were in action in the general area of Thunmodara,” the army said in a statement announcing the investigation.

Two residents of Thunmodara, a town to the northeast of the capital Colombo, told Reuters that a mosque and some Muslim-owned shops were attacked.

In over a dozen interviews in the hard-hit Kurunegala district northeast of Colombo, Muslims said attacks took place despite the presence of security forces.

One police source who declined to be identified told Reuters they did not have enough officers to handle the rioters. Police spokesman Ruwan Gunasekera on Tuesday rejected allegations that police had stood by.