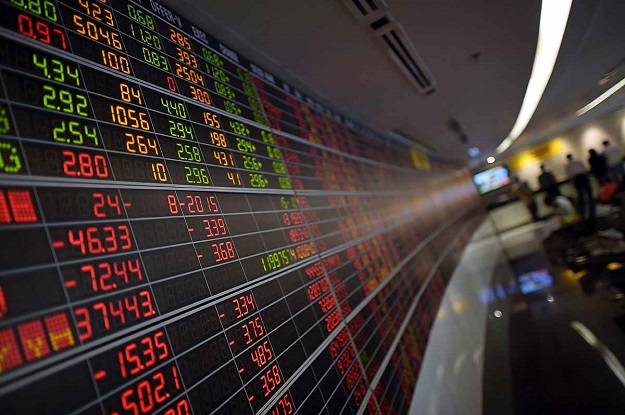 KARACHI: Bulls staged a comeback at the bourse on Wednesday as the KSE-100 index surged over 550 points in intra-day trading and closed with a handsome gain of 407 points mainly due to completion of offshore drilling near Karachi.

Apart from that, the approval of a new tax amnesty scheme also bolstered investor sentiments.

Furthermore, market sentiments were bolstered by high expectations of finding hydrocarbon reserves in the Kekra-I offshore well as drilling was nearing its end and an official announcement of the estimated reserves.

Apart from this, the automobile and pharmaceutical sectors also exhibited modest performance and closed in the green.

Earlier, the benchmark KSE-100 index shot up as soon as trading began without any downtick. Profit-booking towards the end of the session wiped off some of the gains. Nevertheless, the market managed to close just below 34,300 points.

Topline Securities, in its report, stated that the KSE-100 broke five days of losing streak mainly due to excitement over news of completion of offshore drilling.

The power sector remained the second largest contributor to the index with an addition of 62 points on the back of possible resolution of the circular debt issue in coming months as stated by a federal minister.

Trading volumes and value improved 5% and 4% respectively, the report said.

In its report, Arif Habib Limited said the market made a positive move following the approval of a tax amnesty scheme as well as news of successful drilling at the Kekra-I well.

The cement sector topped the volumes table with 19.4 million shares, followed by the financial sector (14 million) and power sector (11.9 million).

Investors’ interest in Hubco kept its price up for two consecutive days and similar interest was seen in K-Electric, which also topped the volumes chart.

Overall, trading volumes increased to 110.9 million shares compared with Tuesday’s tally of 105.7 million. The value of shares traded during the day was Rs4.4 billion.

Shares of 327 companies were traded. At the end of the day, 219 stocks closed higher, 98 declined and 10 remained unchanged.

Foreign institutional investors were net sellers of Rs498.4 million worth of shares during the trading session, according to data compiled by the National Clearing Company of Pakistan.