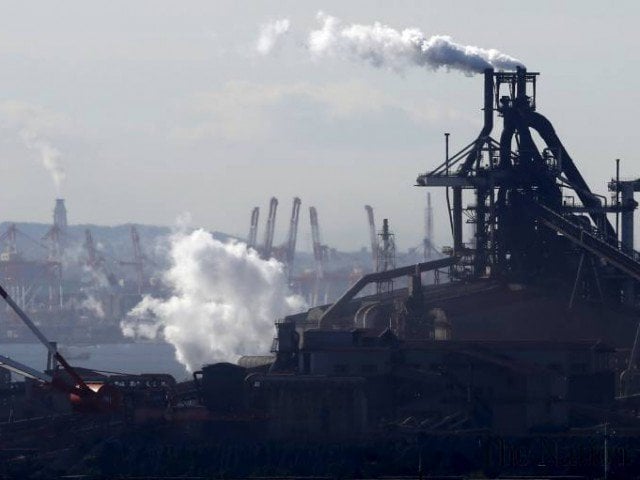 LONDON: Oil fell on Wednesday after data showed a surprise rise in US crude stockpiles and as Chinese industrial output grew less than expected in April, but prices were supported by mounting tensions in the Middle East.

Crude inventories climbed by 8.6 million barrels in the week to May 10 to 477.8 million, compared with analyst expectations for a decrease of 800,000 barrels.

“If the EIA report confirms a strong build we could see that weigh on oil prices … but too many geopolitical risks remain that should keep prices supported,” Edward Moya, senior market analyst at Oanda told Reuters by email.

Oil prices have drawn support after Saudi Arabia on Tuesday said armed drones struck two of its oil pumping stations, two days after the sabotage of oil tankers near the United Arab Emirates, while the US military said it was braced for “possibly imminent threats to US forces in Iraq” from Iran-backed forces.

The attacks took place against a backdrop of US-Iranian tension following Washington’s decision this month to try to cut Iran’s oil exports to zero and to beef up its military presence in the Gulf in response to what it said were Iranian threats.

Meanwhile, the Organisation of the Petroleum Exporting Countries (OPEC) on Tuesday said that world demand for its oil would be higher than expected this year as supply growth from rivals including US shale producers slows. That points to a tighter market if the exporter group refrains from raising output.

Elsewhere, growth in China’s industrial output slowed more than expected to 5.4% in April from a 4.5-year high in March, reinforcing views that Beijing will have to roll out more stimulus measures as a trade war with the United States intensifies.

US President Donald Trump on Tuesday called the trade war with China “a little squabble” and insisted talks between the world’s two largest economies had not collapsed.

“I think the markets are anxiously awaiting trade progress since the political damage of a catastrophic end of talks could cost President Trump re-election in 2020,” Moya said.

“Trump is motivated to make a deal happen and we should see a framework agreement reached by the G20 summit (next month),” he said.